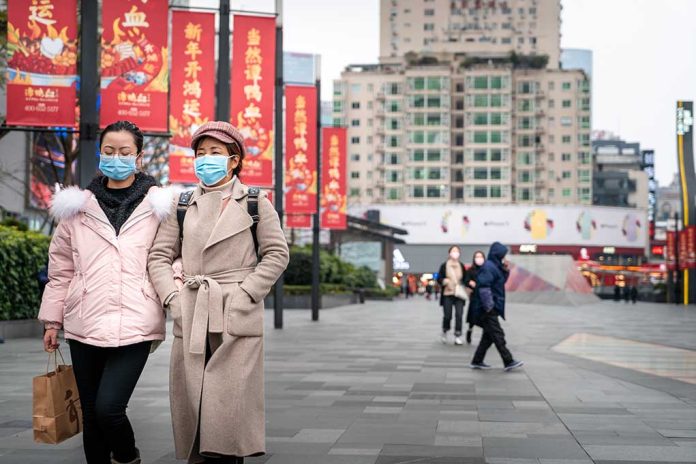 (UnitedVoice.com) – Lawmakers on both sides of the aisle have been working with one another to pass an infrastructure bill for months. It finally passed in the Senate, but House Progressives are holding it up in their chamber. American lawmakers want to update the critical infrastructure around the country before tragedy strikes — like what happened in China recently.

On October 21, a gas explosion in a Chinese BBQ restaurant erupted. Dust and debris blew onto the street surrounding the eatery, damaging other buildings as well. State media published photos showing the lower three floors of the restaurant building were completely destroyed. At least 4 people were killed and 47 more injured in the Liaoning Province. According to reports, the injured were all sent to area hospitals to receive treatment.

Dashcam footage has captured the moment of a suspected gas explosion at a restaurant on a busy street in China. Several people were killed and more than 40 have been injured. pic.twitter.com/pLSFQqXUoA

A gas company was reportedly replacing lines under the street when the explosion happened. However, authorities haven’t confirmed whether that was related to the incident. The blast also damaged infrastructure that led to power outages.

The recent explosion wasn’t the first time something like this has happened. In June, a gas line explosion near a neighborhood and market in Shiyan killed 25 people.

US politicians should take note, particularly the Progressives who are holding up the bipartisan bill. If America doesn’t invest in its own critical infrastructure, how long before something tragic happens here?