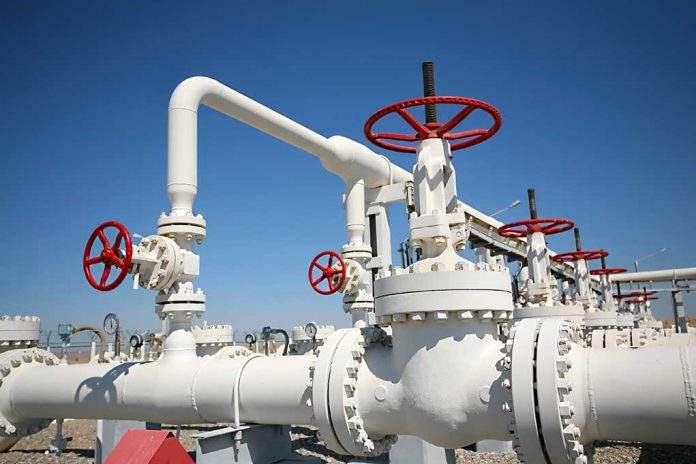 (UnitedVoice.com) – A disaster at a port in Jordan has killed multiple people and injured hundreds. It occurred when a crane loading chlorine gas tanks onto a tanker dropped one, sending people scrambling. Closed-circuit cameras captured the entire accident.

The incident happened on June 20 at the port of Aqaba. State media shared the video on Twitter showing the tank fall, and then a cloud of yellow gas engulfing the dock. In the clip, people were seen running for their lives. A truck carrying a second gas tank had to reverse course quickly to escape the deadly gas.

According to reports, 250 people suffered illness, and at least 13 died. Hospitals admitted more than 200.

Chlorine is a poisonous gas under standard conditions, but it becomes a liquid when stored under pressure as it was in the tanks. Industries use it in a number of products, including bleach and pool cleaner. The chemical is also added to drinking water in small quantities to sanitize it and make it safe for consumption. Chlorine can cause burning to the skin and eyes if it comes in contact with either. During WWI, the military used the gas as a choking agent on enemy forces because it causes respiration problems if inhaled.

Authorities in Jordan asked people to stay away from the area until hazardous materials teams clean up the contamination.