Every year an estimated one million people attend the New Year’s Eve celebration in Times Square. Some even camp out overnight to secure their favorite spots to watch the ball drop and ring in the new year. For hours on end, revelers are locked into a confined area and are not allowed to leave.

The local chain has been delivering pizzas to Times Square party-goers on New Year’s for 15 years. The cost for a pizza: a whopping $30 over the regular price of $14.49. However, that didn’t seem to stun, surprise, or upset party-goers according to an article in the New York Post. In fact, people were thankful.

It was capitalism at its best.

However, that’s not good practice in the eyes of New York City Mayor Bill de Blasio. De Blasio accused the franchise of exploiting the crowds.

Jacking up your prices on people trying to celebrate the holidays? Classy, @dominos.

To the thousands who came to Times Square last night to ring in 2020, I’m sorry this corporate chain exploited you — stick it to them by patronizing one of our fantastic LOCAL pizzerias. pic.twitter.com/rO6I9oYIku

“Every store in [New York City] is owned by a local resident. Every employee is a local New York resident. Those stores provide jobs to thousands of his fellow citizens. With his comments, the mayor is suggesting that New Yorkers who own or work at a franchise are ‘lesser than’ those who don’t.’”

Mayor de Blasio must not have learned about supply and demand while in high school or college. It’s simple, there were millions of people in one place. A lot of people had a need, and a short supply was available to fill the need.

People weren’t going to leave and abandon their spots, and Domino’s employees came to the crowd to provide a service and meet a need. Naturally, there was an added cost for the convenience. However, did de Blasio blast the other local restaurants that raised their prices for New Year’s Eve as well?

Did de Blasio blast the hotels who raised their rates for New Year’s Eve?

What about Uber and Lyft?

Most, if not all, businesses raised their rates on New Year’s Eve in New York City to compensate for the demand.

While we’re at it, what about airlines? They have significantly higher prices thanks to supply vs. demand in addition to the cost of doing business.

Anytime there are more people in one location than normal, a rise in prices to deliver a service is necessary.

New York City Prices Are a Product of Supply and Demand

If de Blasio is so worried about the prices Domino’s was charging for a pizza, he needs to look at the cost of big-city government in New York City. That same local government results in increased operational costs, which businesses have to pass on to their customers. New York City and the State of New York are literally taxing people out of the state.

In fact, the cost to run a restaurant in New York City is double what it takes in major West Coast cities.

To be fair, some, if not much, of the high cost to run a restaurant in New York City is a basic economic issue. High demand in a highly dense area for space with low supply causes higher rents for restaurants. It’s the same with the cost of food for the restaurants. Labor is also expensive with a $15 per hour minimum wage requirement for non-tipped employees and $10 for tipped employees.

In Lancaster, PA, a hamburger, fries, and drink costs approximately $10 at Applebee’s. Yet, that same order at an Applebee’s in New York City will cost well over $20 thanks to the cost of doing business as well as higher taxes and regulations.

Mayor de Blasio unfairly and wrongly criticized one business for meeting the demands of the marketplace. It seems that Democrats have forgotten what has made America great – capitalism and the entrepreneurs who are willing to take a risk for a reward while meeting the needs of consumers.

Instead of demonizing businesses, perhaps Democrats can learn a thing or two from them. 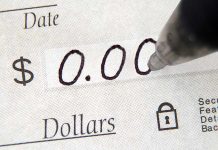 Is It a Good Thing the Supreme Court Protected Police Qualified Immunity?

Could Local, State, and Federal Vaccination Mandates Be in Trouble?