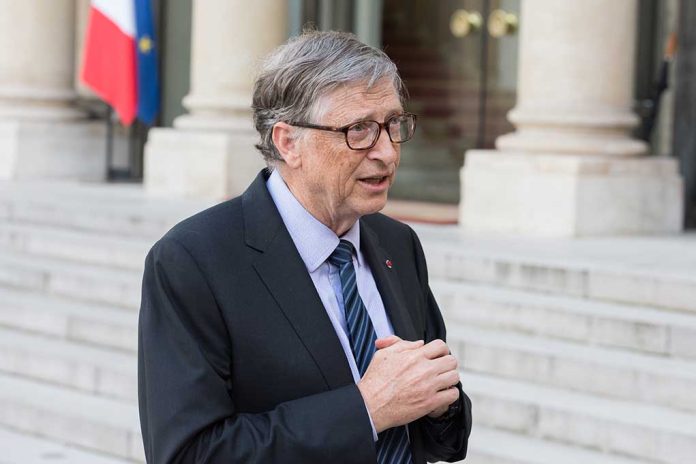 (UnitedVoice.com) – Billionaire Jeffrey Epstein formed relationships with a lot of rich, powerful people throughout his life. The now-deceased financier was eventually convicted of running a sex trafficking ring of underage girls. This cast suspicion on everyone who ever had a relationship with him – including Microsoft co-founder Bill Gates.

The tech giant’s ex-wife, Melinda French Gates, recently sat down for an interview on “CBS This Morning,” with host Gayle King. The television host asked her about Bill’s relationship with Epstein. Melinda said she always objected to her then-husband meeting with the billionaire. She said she met with Epstein once and it was a terrible experience.

Melinda explained that as soon as she met Epstein, she regretted it. She called him “abhorrent” and “evil personified.” She said she made it clear she did not support Bill being friends with him.

Melinda Gates Gets Asked About Bill Gates' Friend Jeffrey Epstein— Her Confession Will Give You Chills.

When asked more questions about Bill and Epstein, Melinda said she couldn’t answer them. CBS reached out to the Microsoft co-founder. He responded, calling his relationship with Epstein a “mistake.”

In 2021, Gates also discussed his relationship with Epstein, saying he was involved with him because of his alleged ties to global health. He said he had dinners with the billionaire and later cut the friendship off when nothing panned out.

Do you think Bill Gates is telling the truth?