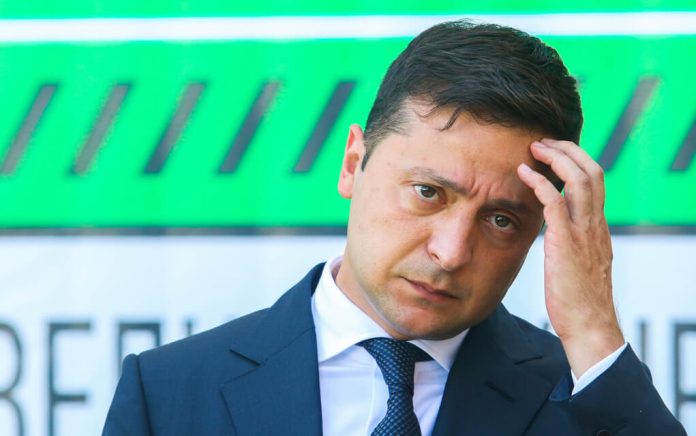 (UnitedVoice.com) – With Russian troops pushing into Ukraine and threatening to surround the capital, the Ukrainian government has banned military-age men from leaving the country. Russia hopes for a quick victory – but Kyiv is gearing up for a fight to the death.

On February 24, the Ukrainian defense ministry announced that because the country is now under martial law, “the departure of a certain category of citizens from Ukraine is temporarily restricted… male citizens of Ukraine aged 18 to 60 are prohibited from leaving Ukraine.” Refugees who have escaped to Hungary confirm that authorities are stopping military-age men from leaving; 68-year-old Vilma Sugar told reporters “My son wasn’t allowed” to cross the border with her.

Ukraine abolished conscription after the fall of the Soviet Union, but reinstated it following 2014’s Russian seizure of Crimea. All male Ukrainians aged from 20-27 are required to do between 12 and 18 months’ military service, and then become inactive reservists. This gives Ukraine a large pool of trained manpower. Now, the government is making sure that manpower stays to fight instead of leaving the country.

Just hours after the invasion last Thursday, Ukrainian President Volodymyr Zelenskyy tweeted a promise to “give weapons to anyone who wants to defend the country.” He’s carrying out that promise, having distributed thousands of rifles to volunteers. However, if the supply of volunteers runs out, Zelenskyy is making sure he has former conscripts available, too.