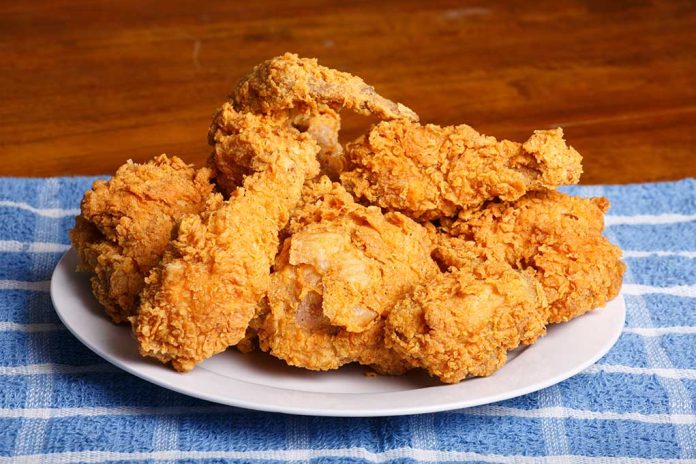 (UnitedVoice.com) – Auckland, New Zealand is currently under lockdown, forcing business owners to close restaurants. Still, two men couldn’t resist the finger-licking goodness of Kentucky Fried Chicken’s (KFC) 11 herbs and spices. Now those hungry men are in hot water for what they did to satisfy their (or someone else’s) craving.

Auckland authorities recently spotted a suspicious car on the outskirts of the city. Law enforcement officers conducting a search of the vehicle found a trunk full of KFC. A police spokesperson told BBC that the men, aged 23 and 30, had 3 buckets of chicken, a large fry, 10 cups of coleslaw and other take-out items.

In addition to the fried chicken, authorities found about $70,000 in cash.

Authorities reportedly believe the men could be part of a larger criminal organization. It’s unclear if they planned to eat three buckets of chicken themselves or if they wanted to create some kind of black market for drumsticks. The police spokesperson said the men are now charged with violating health rules. They face fines of $3,000 and up to 6 months in jail. Law enforcement is continuing its investigation and could add more charges later.