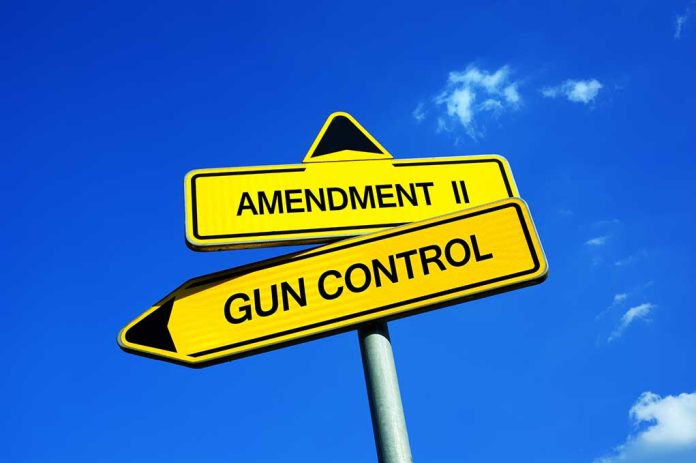 (UnitedVoice.com) – Twenty years ago, in 2002, Michael Moore released “Bowling for Columbine.” It exploited the Columbine High School massacre to push an anti-gun agenda. After the recent mass shooting in Uvalde, Texas, Moore is calling for gun control once again.

In an interview with MSNBC on May 24, Moore claimed America needs to acknowledge the country is violent to its core because the “genocide of the native people at the barrel of a gun” was integral to its foundation. He went on to mention slavery and said firearms backed both “original sins.” Then the anti-Second Amendment filmmaker said he thinks there should be a “moratorium” on gun sales.

Moore claimed the country doesn’t need sensible gun laws. Instead, he claims it needs “hard-core stuff” that will protect people and children.

“Who will say, ‘It’s time to repeal the Second Amendment?'" says Michael Moore. “If they had any idea that there would be this kind of carnage, you have to believe the founders of this country wouldn’t support it.” pic.twitter.com/d2C7QmLDre

Moore’s comments come after an 18-year-old walked into an elementary school on May 24 and murdered 19 students and 2 teachers. Texas Governor Greg Abbott (R) has called the shooting an act of evil.

Democrats are seizing on the grief felt in the wake of the shooting to target the Second Amendment. The community hasn’t even laid to rest the children and teachers, but the Left is already discussing how they can strip the American people of their rights.

What do you think about Moore’s remarks? Do you support restrictions on the Second Amendment?