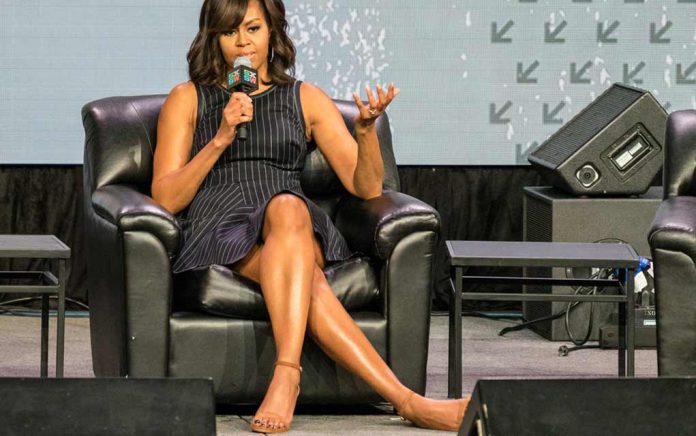 (UnitedVoice.com) – In 2016, then-First Lady Michelle Obama campaigned hard for Hillary Clinton. She was referred to as “The Closer” by The New York Times because of her impassioned pleas to voters. She claimed Donald Trump was going to destroy the country and repeated all of the Left’s favorite talking points. Four years later, she’s back at it again.

On October 28, Obama responded to a tweet by leftist rocker Bruce Springsteen telling his fans to vote Republicans out. She told Americans to “vote like our lives depend on it,” insinuating President Trump and the GOP are endangering lives.

This fear-mongering is the same tactic the rest of Obama’s party, and her husband are deploying. They think that scaring the American people into thinking the world is going to end is the way to drive voters to the polls. That message didn’t work in 2016, and it’s unlikely to work now.