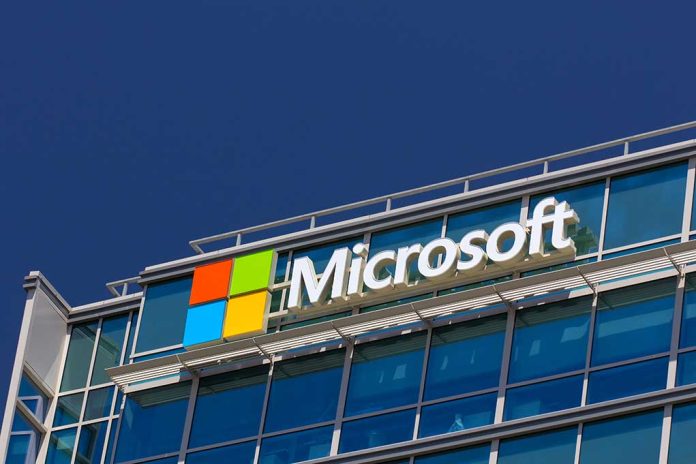 (UnitedVoice.com) – A former Microsoft employee has carried out a bizarre attack on a grocery store — and alleged that a shadowy Satanic cabal runs the tech company. The attacker allegedly posted paranoid messages on Facebook for weeks before his dramatic outburst. Has he uncovered a diabolical conspiracy, or is he unbalanced?

On December 23, 57-year-old Ronald Lewis sprayed the words “Satanic Panic” down both sides of his car, got behind the wheel, and accelerated into the front of the busy Fred Meyer store in Everett, Washinton. Terrified shoppers quickly called the police, but as they arrived, Lewis, sitting in the wreck with fuel cans and a propane tank, doused himself in gasoline. As cops negotiated with him, the car caught fire. Lewis managed to escape with minor injuries.

Ex-Microsoft worker douses himself in petrol and blows up his car after driving into supermarket https://t.co/nJimZNiLNv

After police identified the suspect, Lewis’s wild claims of Satanic abuse quickly emerged through Facebook postings over the last few weeks. According to the Daily Mail, he claimed that “hundreds, if not thousands,” of Microsoft employees are members of a Satanic cult that tried to abduct and kill him. He said the cult poisoned him through his car’s ventilation system. Eventually, the cult forced him to hide in a church parking lot, he said.

The term “Satanic Panic” refers to a wave of hysteria that swept the US in the 1980s following the use of discredited “recovered memory therapy” in children. In the end, police investigated more than 12,000 accusations of Satanic ritual abuse across the country. Authorities couldn’t confirm any actual cases. Police are holding Lewis on charges of arson and malicious mischief; a judge has ruled he requires a mental evaluation before the court can release him on bail.