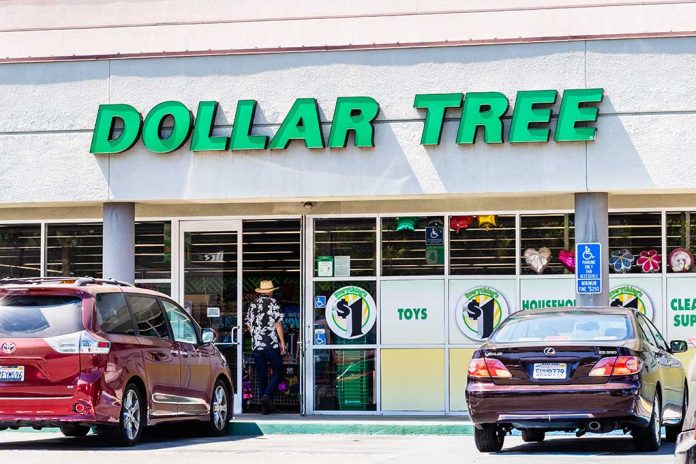 (UnitedVoice.com) – The COVID-19 pandemic has forced Americans to make a lot of changes in the way they live. Masks, vaccine mandates, shelter-in-place orders – it’s a long and dismal list. Not all changes are as dramatic, though, and some could even have benefits; the pandemic has introduced many Americans to stores they used to ignore.

As inflation continues to push up the price of consumer goods, shoppers from higher income levels are starting to abandon their regular grocery store in favor of a new favorite: the dollar store.https://t.co/hX6UapMRBh

For many years, dollar stores have been a godsend to low-income families and rural people – but the middle class generally avoided them. Unfamiliar brands, no-frills displays, and a general low-budget atmosphere were enough to keep more affluent Americans out.

Now, that’s changing. As the Biden administration loses control of inflation and prices rise inexorably, middle-class shoppers are starting to investigate dollar stores – and it seems they like what they’re finding. On December 2, Dollar General CEO Todd Vasos told investors that the number of people switching to his stores “exceeds expectations.” In fact, middle-class converts to Dollar General’s cheap and cheerful products are over double the number Vasos predicted for this year.

It’s not just Dollar General, either. Dollar Tree, Family Dollar, and more mainstream budget stores like Walmart are also seeing an influx of wealthier customers. People switched to dollar stores when the pandemic shut down the economy last year, but now they’re realizing they could have been spending a lot less for products that are often just as good – and they’re vowing to continue their new, thrifty habits.