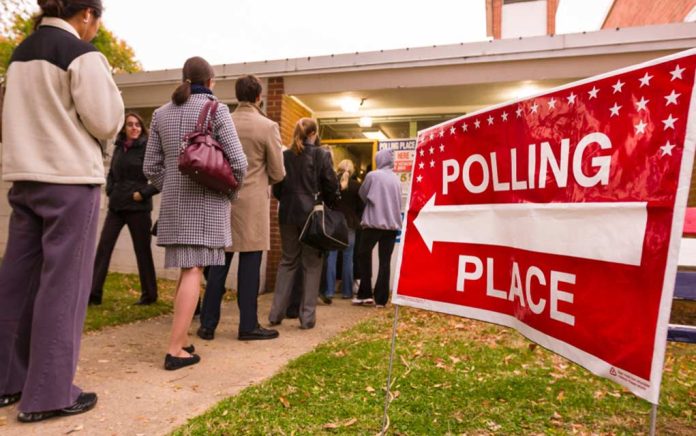 (UnitedVoice.com) – Left-leaning billionaire and failed presidential wannabe Mike Bloomberg is the latest Democrat to try rigging the 2020 election against President Trump — and he’s being even more blatant than most. The former NYC mayor has found a way to literally buy new voters in the key state of Florida.

In 2018, Florida passed a law that restores the right to vote to most of those with felony convictions – but only after they’ve completed all the terms of their sentence, including any fines or court-related debt. Thousands of felons still have financial commitments they haven’t paid off, and now, Bloomberg is doing it for them.

Until 2018, Florida was one of four states with permanent felony disenfranchisement laws. At the time, around 10% of the state’s adult population was disenfranchised, rising to 21.5% among black adults. Following a suit brought by a group of convicted felons in 2017, Amendment 4 was passed, granting felons the vote once their sentence was completed and all fines or fees paid off. Since then, the financial element of it has been challenged in court several times, but in July, the Supreme Court ruled it was enforceable.

Now Bloomberg has raised more than $16 million to pay off the debts of Florida felons before the election. The Florida Rights Restoration Committee says the billionaire has already restored the vote to 32,000 people, and there are tens of thousands more who might still benefit. Because more blacks are affected by the voting restrictions, and Joe Biden is hoping for support from black voters to counter President Trump’s recent surge, this is an effective – if insincere – tactic.

In 2016, President Trump had a 150,000 vote edge over Hillary Clinton in Florida. The money Bloomberg has already spent could, potentially, cut that in half, and he’s still spending. Several TV networks, including VH1 and MTV, have also pledged to donate to the program.

Bloomberg’s short-lived campaign for the Democrat nomination cost him $935 million, making it the most expensive primary campaign in US history. After he crashed and burned on Super Tuesday, he switched to supporting Biden and, so far, has bankrolled his campaign to the tune of at least $100 million. The Democrats might rant about the super-rich, but they’re quick enough to buy democracy when they get the chance.