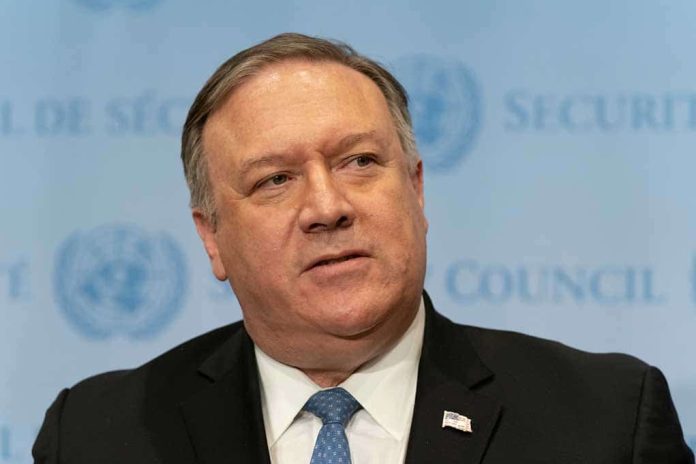 (UnitedVoice.com) – Former Secretary of State Mike Pompeo spent his time in the State Department trying to hold the Chinese Communist Party (CCP) accountable for its actions. After the COVID-19 pandemic began, the secretary was one of the top officials in former President Donald Trump’s administration to raise questions about the origins of the pandemic. He said there was evidence it started as a Wuhan Institute of Virology lab leak. He’s now slamming President Joe Biden for his inaction regarding the lab.

On Monday, July 19, Pompeo spoke to Breitbart News’ editor-in-chief Alex Marlow at the Turning Point USA’s annual Student Action Summit in Tampa, Florida. He said he thinks the Chinese government is going to continue to gain influence in the US unless the Biden administration gets tough. Unfortunately, Pompeo said the president has “literally done nothing” to pressure the CCP to shut down the lab where many believe the virus’ mutation occurred.

Pompeo believes the administration should, at the very least, force the closure of that lab. Instead, it hasn’t done anything and Chinese scientists are still conducting research. The former secretary said it looks like Biden is going to talk about climate change instead of protecting people across the world.