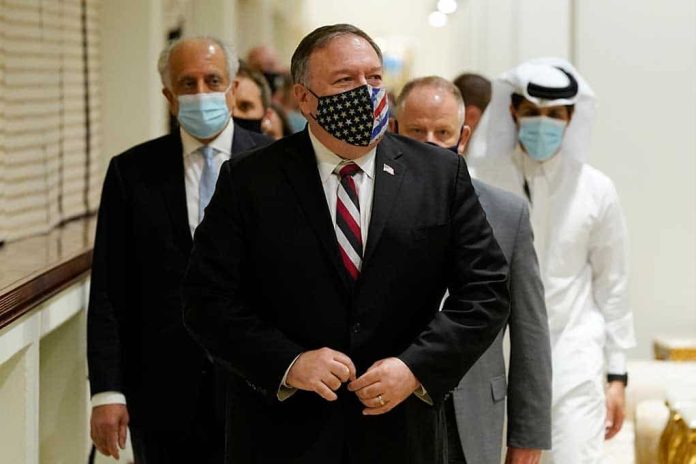 (UnitedVoice.com) – Secretary of State Mike Pompeo has been one of President Donald Trump’s staunchest allies. He has been charged with carrying out much of the commander-in-chief’s foreign policy agenda. Recently, he took a few moments to celebrate the accomplishments of Trump’s first term.

During a January 12 interview with conservative radio host Hugh Hewitt, Pompeo spoke about the “good work” Trump has done. The secretary of state said history books will teach Americans about the “changes [the administration has] made in the world.” He believes the books will recognize the president and his team fought for “sovereignty, respect for basic dignity and human rights.”

President Trump has punished China for its human rights abuses. He kept Russia, North Korea and even Iran in check throughout his presidency. His administration brokered multiple peace agreements between Israel and Middle Eastern countries. And that’s the shortlist. History books will definitely look back at Trump’s time and celebrate his accomplishments, even if some refuse to acknowledge them now.