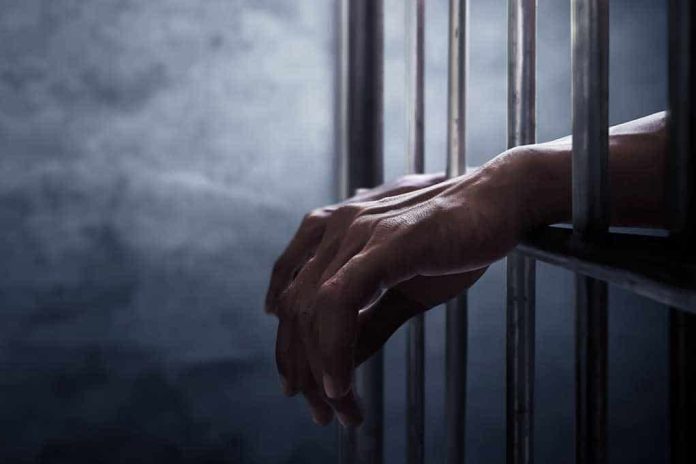 (UnitedVoice.com) – In August 2017, members of the Dar Al-Farooq Islamic Center in Bloomington, Minnesota, were gathering for morning prayers when someone threw a pipe bomb through a window. Fortunately, it didn’t hurt anyone physically. The person responsible was recently sentenced for the attack.

On September 13, Emily Claire Hari, formerly known as Michael Hari, was in court for her sentencing. Hari was a militia boss for the Illinois anti-government group, the White Rabbits. Prosecutors allege she hated Muslims, as proved by her manifesto, and that’s why she attacked the mosque. She was convicted in December on five counts.

The victims of the attack read impact statements in the hearing this week. The mosque’s executive director, Mohamed Omar, said worshippers “lost a sense of security.” He said he wanted her to receive a life sentence.

A federal judge sentenced Hari to 53 years in prison.

UPDATE: Emily Claire Hari, who was previously known as Michael Hari and recently said she is transgender, has been sentenced to 53 years in prison for the 2017 bombing of a Bloomington mosque. https://t.co/iHf1T6Q7V5

Hari, a former sheriff’s deputy, has quite a past. In the early 2000s, the “Dr. Phil” talk show did a report about her after she fled to Belize during a custody dispute. The courts convicted her of child abduction and gave her probation for the crime. In 2017, she was also charged in a failed attack on an abortion clinic.

Hari’s accomplices, Joe Morris and Michael McWhorter, both pleaded guilty to five counts related to the attack. They are awaiting sentencing.