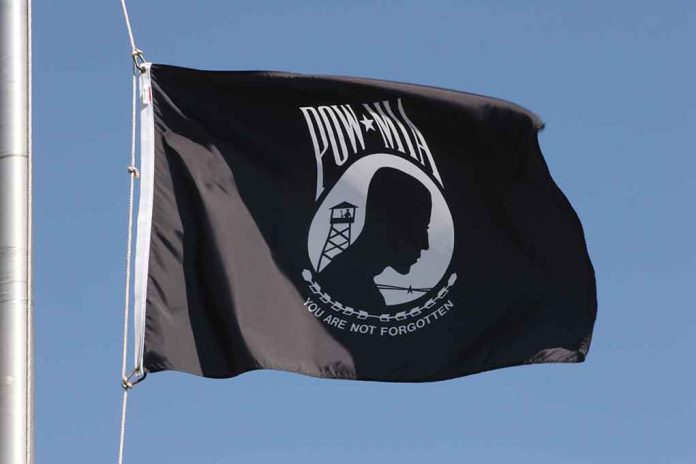 (UnitedVoice.com) – Russian forces have allegedly captured two Americans fighting in Ukraine. The men had been missing for over a week; now, Russia has released a photo of them in captivity. It’s a worrying situation because Russia is taking a hard line on foreign volunteers.

Ex-US Army Staff Sergeant Alexander Drueke, 39, and former US Marine Andy Huynh, 27, are two of the many veterans who volunteered to resist Russian aggression. On June 9, they were part of a 10-man squad sent to probe a village close to the Russian border. The Ukrainians believed the village was clear, but as the squad approached, they met a Russian mechanized infantry company supported by two T-72 tanks.

⚡️CNN: 2 Americans fighting for Ukraine might have been captured by Russia.

Two U.S. nationals fighting alongside Ukrainian forces north of Kharkiv have been missing for nearly a week.

Outnumbered 10 to 1, they fell back and set up a defensive position. Drueke and Huynh, operating an RPG-7 antitank weapon, managed to destroy a Russian infantry fighting vehicle before the squad withdrew,  but one of the tanks targeted them. Their comrades believe a blast from a 125 mm shell knocked them unconscious; drone searches and a foot patrol found no trace of them.

Now, a pro-Kremlin social media channel has released a photo of what it says is Drueke and Huynh, handcuffed in the back of a military truck, though it’s unclear when the photo was taken. The State Department says it’s monitoring “unconfirmed reports” of the men’s capture.

Ukraine enlists foreign volunteers into its armed forces, protecting them through the Geneva Conventions. However, Russia claims they’re mercenaries, and mercenaries aren’t protected. Last week, a Russian court sentenced two captured British veterans to death for mercenary activity, although both have lived in Ukraine and served in the Ukrainian Marines for several years. Now, Russia is likely to exploit Drueke and Huynh’s capture, pressing the US for concessions in exchange for their lives.