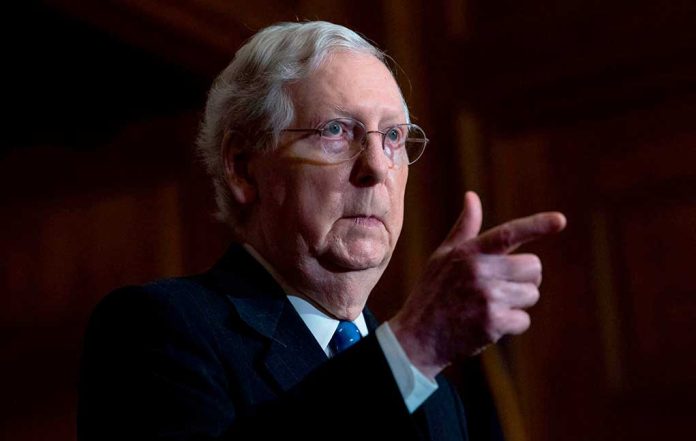 (UnitedVoice.com) – Retired Brig. Gen. Don Bolduc is in a fight that once looked like an easy win for Democrats. According to a recent poll from Emerson College, however, the race for the US Senate in New Hampshire may be a whole lot closer than anyone expected. Unfortunately, the political action committee (PAC) linked to Senate Majority Leader Mitch McConnell (R-KY), The Senate Leadership Fund (SLF), pulled its funding from Bolduc with the finish line in sight.

On October 22, SLF announced it was canceling $5 million in advertising in the Granite State with just two weeks until game day. Fund President and Co-Founder Steven Law said the fund needs to shift money to achieve the ultimate goal of taking control of Congress.

“We are shifting resources to where they can be most effective,” SLF Fund president Steven Law said.

A Super PAC linked to @LeaderMcConnell has canceled over $5 million in advertising for the @GenDonBolduc campaign. https://t.co/QsrwwuNNwC

Still, McConnell and Bolduc have a history that’s difficult to ignore. Bolduc openly supports electing anyone other than the senator from Kentucky as majority leader. The retired general openly supported former President Donald Trump’s claims of election insecurity, a bandwagon McConnell won’t fully climb aboard. Bolduc changed his tune for the national race, conceding President Joe Biden was the legitimate winner of the 2020 election, but the question of a rift between McConnell and the New Hamshire hopeful remains.

The National Republican Senatorial Committee also pulled $2.5 million in funding before the SLF pullout but has since rededicated $1 million in additional ads.