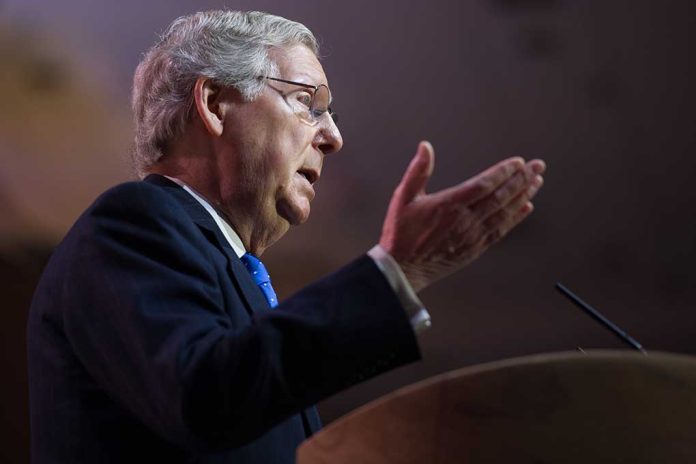 (UnitedVoice.com) – Senate Minority Leader Mitch McConnell (R-KY) spoke to USA Today about where the country will go if the US Supreme Court (SCOTUS) overturns Roe v. Wade. The conservative leader told the paper there might be a national ban on abortions.

In the article published on May 6, McConnell said it’s clear where the GOP stands on the issue of abortion. He said if the SCOTUS overturns Roe, lawmakers could legislate the procedure at the state and federal levels. When asked if he would consider a national ban, McConnell said it’s “worthy of debate” and “it’s possible.”

Other Conservatives weren’t ready to dismiss the possibility yet. Senator Joni Ernst (R-IA) told reporters lawmakers are still debating whether they should pass a national ban. Senator John Thune (R-SD) told CNN he thinks he personally supports a federal ban with some exceptions. Overall, it seems lawmakers are focusing on what will happen in the Supreme Court.

Do you support a federal ban on abortions?