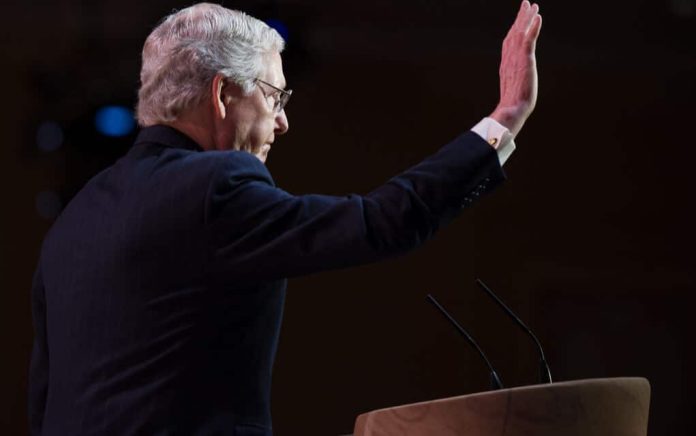 (UnitedVoice.com) – Senate Minority Leader Mitch McConnell (R-KY) faced the wrath of former President Donald Trump recently. The 45th president responded after the senator trashed him following his acquittal and penned a scathing letter. The Republican leader, however, doesn’t have much to say for himself.

On February 16, Trump slammed McConnell, calling him a “dour, sullen, and unsmiling hack” who isn’t doing his party any favors. He went on to hit the minority leader for losing the Senate majority in January when he refused to support the former president’s $2,000 stimulus checks for the American people. And, he said the lawmaker has “no credibility on China” because his family does a lot of business with the country.

The minority leader has not bothered to defend himself against the former president’s attack. He’s remained as quiet as any other man who has no excuse.

McConnell isn’t up for reelection until 2026, but many of the senators in his caucus are. If the GOP ever wants to win back the trust of the American people, they’re going to have to dump the RINOs in the party. They need to start putting the country first or get out of Trump’s way.