There is no doubt that political correctness has gone too far these days, but even the most liberal of Americans has to (we hope) at least raise an eyebrow at the Christmas topics that are tagged as “triggers” today. We thought, just for fun, we would gather some of the most outlandish ones together for you to enjoy. They might even help give you some perspective and appreciate all the ways your sane friends and relatives aren’t offended.

• “Baby It’s Cold Outside”: Written in 1944, by Frank Loesser, this song has been offending Americans for a couple of years. Dubbed “the rape song,” it seems like those offended either want to be offended by it, or are deliberately ignoring the culture in which it was developed. This song is about social issues, but it’s not about rape or even coercion. It portrays a couple that wants to spend the evening together, but are held back by social norms. If she stays, her family will judge her as a loose woman… unless she can blame it on the drink. It doesn’t perpetuate rape culture at all. Rather, it demonstrates the efforts they both have to put into the evening to both satisfy society and themselves. Ironically, the level of effort that put in can be compared to the measures families have to take today when selecting Christmas songs that won’t offend anyone.
• “White Christmas”: If you’re going to listen to the ravings about this Christmas favorite, do yourself a favor and assume that those who rave about it have never seen snow. One of the most recent targets of Internet judgement, this song has been called one of the most racist Christmas songs in existence. Children dreaming of snow flurries and hot chocolate after a snowball fight or backyard snow forts probably have no idea that their wishes aligning with this song are being tagged at white supremacy. Oddly enough, many of the people who judge this song are not people of color.
• Seasons Greetings: Want to get the masses riled up? All you need to do today is offer a cheery “Merry Christmas,” especially in public. Love, tolerance and peace for everyone… as long as you show tolerance for their beliefs and are willing to ignore your own. Whatever your seasons greeting may be, they will most certainly serve to show you who the special snowflakes are in your crowd.
• Christmas Pageants: This one may cause some parents to breathe a sigh of relief as they get to avoid sitting through hours of Christmas carols and plastic angel wings in their child’s school, but it does take some of the joy out of the educational atmosphere. Separation of church and state has been used over and over to prevent schools from even using some of the words that relate to Christmas, which also means some schools are ditching Christmas plays, pageants and carols altogether.
Here at UnitedVoice, we want to wish you a very Merry Christmas, seasons greetings, and a general hope that you enjoy this holiday season, in whatever way that applies to you. Sing your Christmas songs with joy and don’t let those who are easily offended dampen your spirit one bit. Instead, encourage them to embrace the happiness that comes from celebrating with friends and family, no matter what the topic of celebration is. 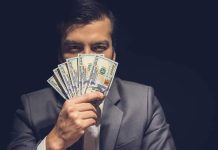