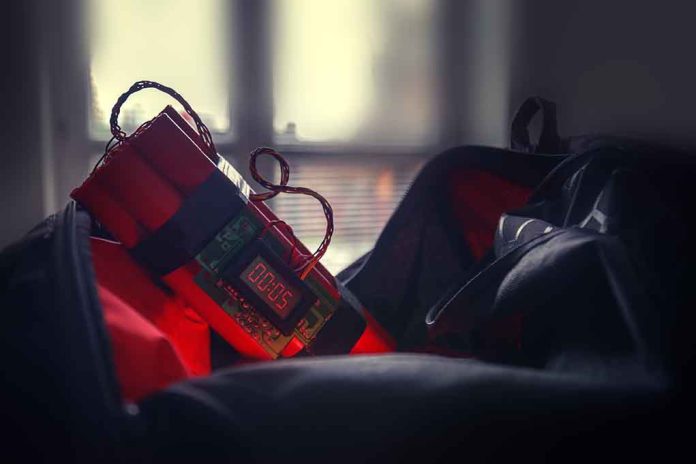 Mystery Package EXPLODES – Or Did It?

(UnitedVoice.com) – A number of the nation’s finest educational institutions find themselves nestled in Boston, Massachusetts, a city with roots in colonial America. At Northeastern University, Beantown’s fourth largest, tens of thousands of students had a typical Tuesday evening disrupted by an unusual, frightening, and potentially deadly event.

On September 13, a university employee reported an exploding package in a campus building that caused him injury. The Boston Police Department’s bomb squad discovered and secured a second package while clearing the campus. The incident shut down most classes at the campus and inspired nearby Harvard, MIT, and Boston University to issue warnings to their students.

NEW: Here's what we know about a package explosion at Northeastern University.

A 45 year-old man was hurt when a package exploded in an academic building. A second package was taken care of by the Bomb Squad.

On September 15, WCVB reported that multiple agencies speculate the injured employee may have staged the event. The outlet said there was no explosive material at the scene, and the person of interest’s injuries are inconsistent with his story. Jason DuHaime, 45, vehemently denied staging the incident in a statement to The Boston Globe. He insists police have an obligation to find the perpetrator.

The investigation into this bizarre case is ongoing and should yield interesting results in the coming days and weeks. For now, it seems the student body at Northeastern is safe, and this was likely not an act of terrorism.