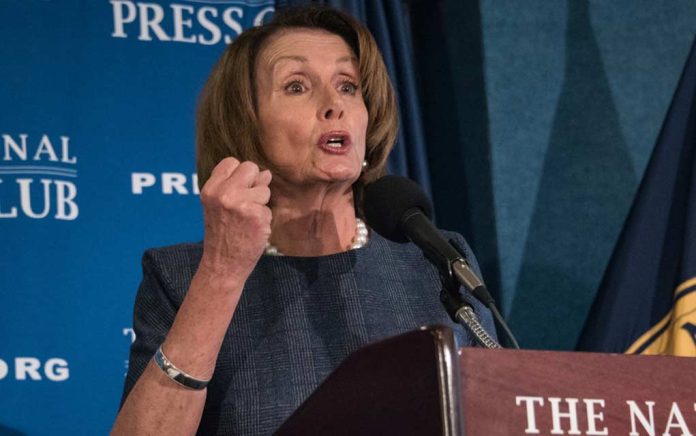 (UnitedVoice.com) – According to a Politico report released on Sunday, September 27, House Speaker Nancy Pelosi (D-CA) has been exploring some unconventional ways in which our next president might ascend to office. Unconvinced that November’s election will be conclusive, she has told her Democrat colleagues to prepare for a scenario in which the House picks a new leader. This would only come to pass if there was a tie in the electoral college vote, or if neither candidate receives the required 270 votes.

It’s a once-a-century issue that has become slightly likelier given the possibility of disputed vote counts and litigation.

If the Electoral College doesn’t give either candidate 270, the election goes to the newly seated Congress on Jan. 6.https://t.co/K1prbiKxEc

If the election does not produce a winner by January 6, the House has the task of choosing a president. The states would vote according to their overall delegations, not their number of representatives. As Republicans currently have 26 state delegations in the House, they’d likely win in such a scenario. For this reason, Pelosi has stressed Democrat candidates need to focus on turning over some of these delegations.

While what Pelosi is saying does have a grounding in fact, the election almost certainly won’t come down to this. No presidential vote has had to go to the House for a decision since 1877. It’s not clear whether she’s making these statements to stir up strong feelings among supporters, or merely to grab headlines. Probably a little of both.

Despite their confidence in the earlier stages of this year’s election campaign, there are now obvious signs Democrats are starting to worry. This kind of hysterical rhetoric from Nancy Pelosi is just the latest example. The weakness of their candidate and their transparent hunger for power will ultimately be their undoing on November 3.