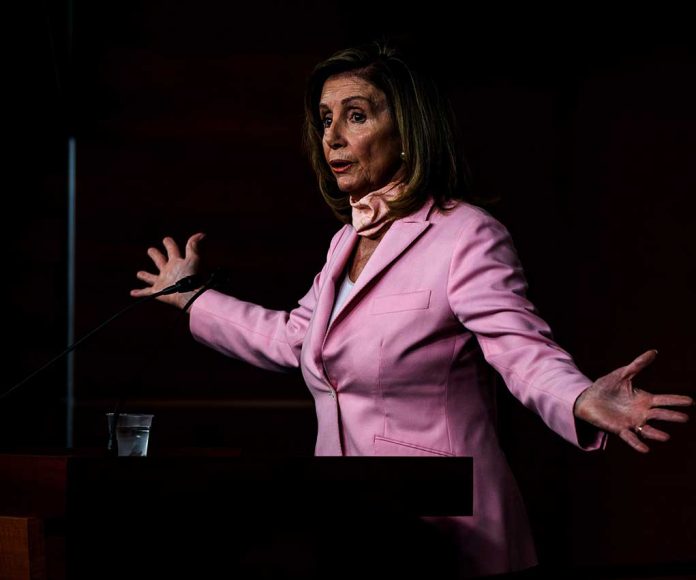 (UnitedVoice.com) – The progressive group Ruth Sent Us is all fired up about the potential reversal of Roe v. Wade in the wake of the Supreme Court leak. The group posted the home addresses of the court’s conservative judges online and sent their followers out to harass them. Now, the group is targeting a prominent Democrat.

On Tuesday, May 10, activists from the group staged protests outside House Speaker Nancy Pelosi’s (D-CA) home in San Francisco. The group demanded the Speaker “investigate the corrupt Justices” on the High Court and “save abortion.” They accused the congresswoman of “careless and cowardly” leadership.

Protestors accused the Speaker of not investigating “TRUMPIAN crimes” even though she launched multiple witch-hunts against former President Donald Trump, including two impeachments.

Ruth Sent Us also attacked Justice Brett Kavanaugh’s ascension to the bench, saying Democrats “knew he was a Bush campaign operative.” Pelosi, of course, doesn’t work in the Senate and did not vote to seat the Justice. Still, the group believes the congresswoman, who was reinstated as Speaker in 2019, should have investigated Kavanaugh, claiming it would have stopped him from possibly overturning Roe.

Speaker Pelosi has not responded to the group’s remarks and her office did not respond to Fox News Digital.