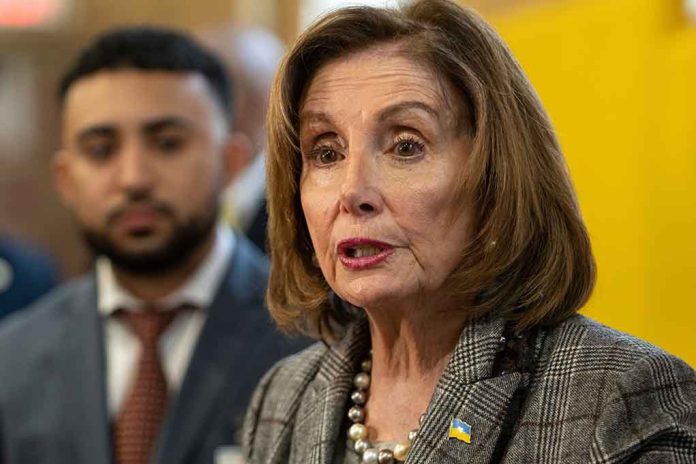 (UnitedVoice.com) – Speaker of the House Nancy Pelosi’s (D-CA) husband, Paul Pelosi, has been in the news quite a bit. Police arrested him for driving under the influence earlier this year, to which he pleaded guilty. He received a measly five-day jail sentence for putting lives in danger by getting behind the wheel of a car while drunk.

The congresswoman’s spouse has also been in the news for the stock sales that have made him and his wife wealthy enough to have an entire freezer full of premium ice cream. His trades are once again making headlines.

Pelosi has finally given Congress the green light to craft a bill prohibiting members of Congress and their family members from trading individual stocks. The idea is to prevent lawmakers from becoming rich using information they garner while in office. Although insider trading is already illegal, the Legislative Branch wants to make the laws even more strict.

According to new financial filings, Paul Pelosi invested between $1 and $5 million in Google shares on September 16. He bought them at $103.63 when the company’s price closed. Reports indicate the transaction took place around the same time legislators introduced a bill in Congress that would prohibit him or other Congressional family members from making such trades. The purchase was his fifth transaction totaling more than $1 million in 2022.

A Ban on Trading

At the end of September, Pelosi delayed the vote on the stock bill while the House went into recess, claiming she didn’t have the votes to move it forward. She tried to blame the GOP for it, saying she wished more Republicans had jumped on board because they might have been able to pass it. It’s worth noting that the Democratic Party holds power in the House. If they really wanted to pass the bill through, they could have with just the votes from their party.

The legislation, titled the Combatting Financial Conflicts of Interest in Government Act, wouldn’t just prohibit members of Congress and their spouses from trading, but also their children. It would also make it illegal for Supreme Court Justices, federal judges, the members of the Federal Reserve System’s Board of Governors, POTUS, and the vice president to trade or own investments in commodities, securities, crypto, and futures.

It’s unclear when Pelosi intends to bring the bill to the floor again, but it likely won’t be until after the midterms.