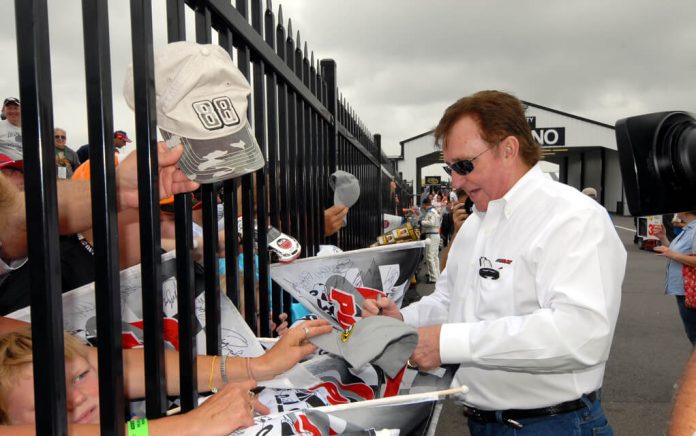 (UnitedVoice.com) – The Ukraine-Russia conflict has been raging for two weeks without an end in sight. The Ukrainians have managed to mostly fend off the aggressors but there are concerns they’re running low on ammunition. After witnessing the atrocities happening in Eastern Europe, an American NASCAR legend decided to step up.

During a March 2 interview with “Fox & Friends,” NASCAR team owner Richard Childress told Brian Kilmeade he took it seriously when Ukrainian President Volodymyr Zelenskyy said he doesn’t need a ride out of his country, he needs bullets. That prompted the sports legend to contact AMMO, Inc Chairman Fred Wagenhals. He told his good friend they should help get ammo for Ukraine.

Childress said Wagenhals agreed and started increasing production at the factories. The NASCAR team owner pledged one million rounds of ammo. He called the war in Ukraine a wake-up call for Americans who value their Second Amendment rights. Childress has granted several other interviews making the same pledge.

According to Fox 10, Childress is awaiting government approval to make the shipment. If or when the federal government approves, he already has a private plane lined up to deliver the ammunition.

Childress is showing just how incredible the American people are when they see someone who needs help.