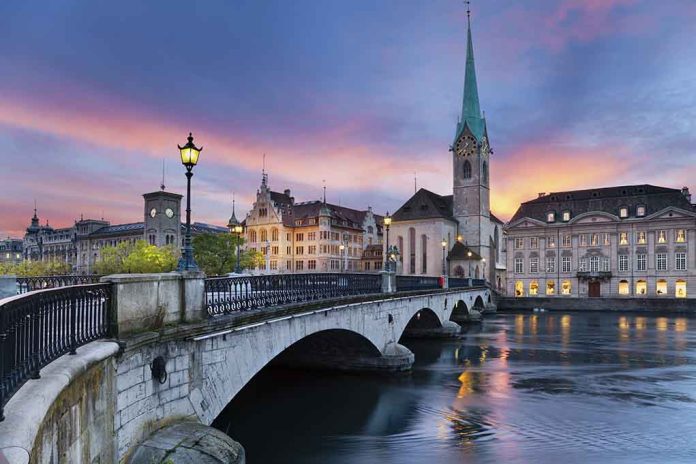 (UnitedVoice.com) – Switzerland looks set to join several other European countries in banning burqas in public places. A wide-ranging new bill in the Swiss parliament could see anyone who wears the garments fined. The country’s Muslims are already protesting, but public opinion is against them.

In March 2021, Swiss voters decided to ban face coverings in public with a few exceptions through a referendum. Legislators have now turned the decision into a draft law and sent it to the Swiss parliament for debate and amendments.

The law will ban the wearing of face coverings in public with some limited exemptions, such as safety masks and in places of worship, but it outlaws masked demonstrators and the controversial full-face Islamic veil. Some of the country’s estimated 400,000 Muslims are already protesting, but the history of Islam in Switzerland suggests they’re unlikely to repeal the law.

Two of Switzerland’s 26 cantons have already passed burqa bans in the past six years. The federal ban will replace the local restrictions. The country has also banned the construction of any more minarets or mosques following a 2009 referendum; there are only four minarets in the nation, and the Swiss seem to think that’s plenty.

The burqa is increasingly controversial in Europe. Many people see it as sexist, oppressive or a symbol of refusal to integrate. Austria, Belgium, Bulgaria, Denmark, France, Norway, the Netherlands, and Sweden already have full or partial bans on Islamic face coverings. Now Switzerland is joining that list, with a proposed 1,000 Franc ($1,000) fine for violators.