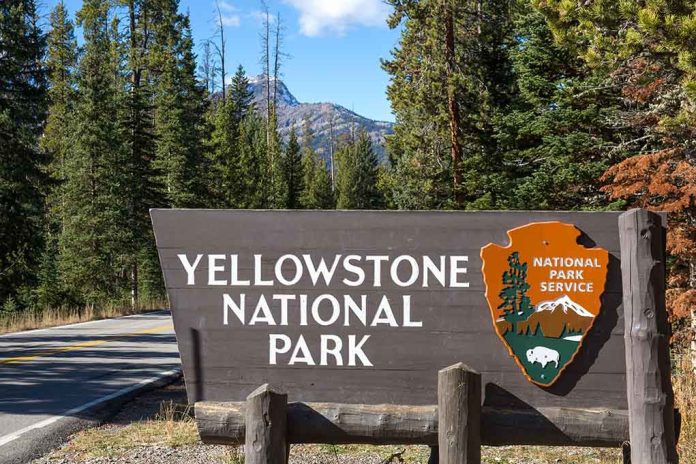 (UnitedVoice.com) – Yellowstone was the very first national park created in 1872 by President Ulysses S. Grant. A number of accidents have occurred within its 2.2 million acres over the years. Recently, an employee made a gruesome discovery.

On Thursday, August 18, a National Park Service (NPS) worker found part of a foot bobbing in the Abyss Pool, a hot spring in the southern part of the area off the West side of Yellowstone Lake in the West Thumb Basin. The limb was inside a tennis shoe in the pool that routinely tops 140 degrees Fahrenheit and is more than 50 feet deep. The park temporarily closed the area, but later reopened.

(Heads Up!) On Aug. 16, an employee found part of a foot, in a shoe, floating in Abyss Pool, located in the West Thumb Geyser Basin in the southern part of Yellowstone National Park. An investigation by Yellowstone law enforcement officers is ongoing. https://t.co/xlXmdHkXBk pic.twitter.com/bLo51IYEEr

A couple of days after the discovery, NPS officials revealed authorities believed the foot might be related to a July 31 death. They provided no other details except that law enforcement officers don’t believe foul play was involved.

More than 20 people have died in the hot springs at Yellowstone in the last century. Unlike hot springs in Florida or some other states, those at the national park aren’t safe to enter. Some reach temperatures of 400 degrees.

Prior to the July death, the last one occurred in 2016, when 23-year-old Colin Nathaniel Scott fell into the Norris Geyser Basin. The acidic water dissolved his body. Park employees warn visitors to stay on the marked paths at all times while visiting the thermal areas.