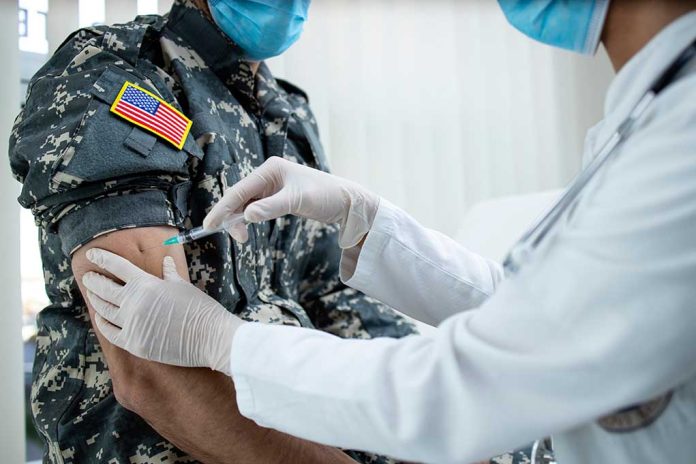 Navy Defies Pentagon – The Votes Are In!

(UnitedVoice.com) – In 2021, Defense Secretary Lloyd Austin ordered all service members to get the COVID-19 vaccine. Many active-duty members refused to follow the order, citing health and religion as reasons. One of those service members was Navy Lieutenant Billy Moseley, who took his case up the chain, and now, he’s finally received a decision.

On May 21, Attorney R. Davis Younts announced the Navy Board ruled 3-0 in favor of Moseley’s objection to receiving the COVID-19 vaccine. The board of officers determined the lieutenant, who served for 22 years, wouldn’t have to leave the military. According to the attorney, the Navy officer consulted with medical and legal experts after the Pentagon handed the order down and decided it was his “obligation to take a stand against the unlawful order.” He also thought it was his duty to speak for other enlisted sailors.

In rebuke to Pentagon, Navy board finds 3-0 for vax objector amid questions of mandate's lawfulness https://t.co/lPwMN1cQJZ via @JustTheNews

Moseley could have retired when Sec. Austin issued the vaccine mandate, but he wanted to fight for not only his rights, but that of other service members, too. Attorney Younts told Just the News that Moseley was the first Navy service officer to take the vaccine battle to the Navy Board.

Do you support Moseley’s decision to refuse the vaccine mandate?