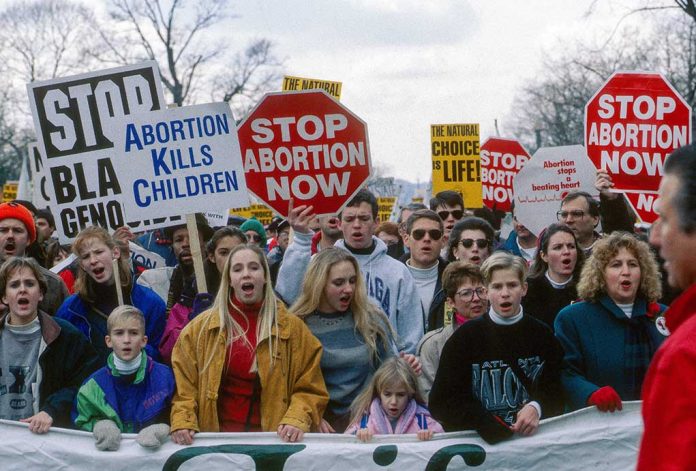 Just DAYS After Roe V Wade Being Overturned, This Happened

(UnitedVoice.com) – Following the recent decision by the US Supreme Court to overturn the inferred right to an abortion granted through the landmark 1973 Roe v Wade ruling, which returned that power to the states, many quickly enacted laws to deal with the matter. In fact, about one-fourth of the United States activated laws banning the procedure to varying degrees for the women and girls who live within their borders. Many of those states had “trigger laws” already on the books just in case the SCOTUS struck down the precedent — it did.

States that already have or expect to have complete bans soon include:

Arizona, Louisiana, and Utah are seeking bans, but are working to clear legal blocks at the state level. In the meantime, Florida, Georgia, Ohio, South Carolina, Tennessee, Texas, and Utah enacted gestational limits on abortions, from 6 to 15 weeks, depending on the state, meaning a person who is further along in their pregnancy than the established timeframe cannot seek an abortion.

Although some regions didn’t have laws immediately kick in, they will also enact bans. North Dakota Attorney General Drew Wrigley (R) said his state would make the procedure illegal starting July 28. Iowa chimed in, saying it’s in the process of asking the courts to allow the state’s “heartbeat abortion ban” to resume. Other states are already planning to join the ban, including Idaho, Wyoming, and Mississippi.

Experts from the Guttmacher Institute believe when all is said and done, about half of the United States will ban abortion completely. Florida, Michigan, and North Carolina are also considering returning their laws to a pre-Roe status. However, the states returning to old laws may have difficulty enforcing the rule because of the current Democratic leadership.

Once the High Court removed federal protections for women to have an abortion legally, states could enact laws quickly that were previously disallowed or tied up in legal challenges.

Where Is Abortion Legal?

While historically Blue states are sticking to their pro-choice views, for now, that may not hold in the future if pro-life politicians gain positions in those states. The same holds for states now banning abortion. If voters in those states flip control to the opposite party, the laws may change for the residents.