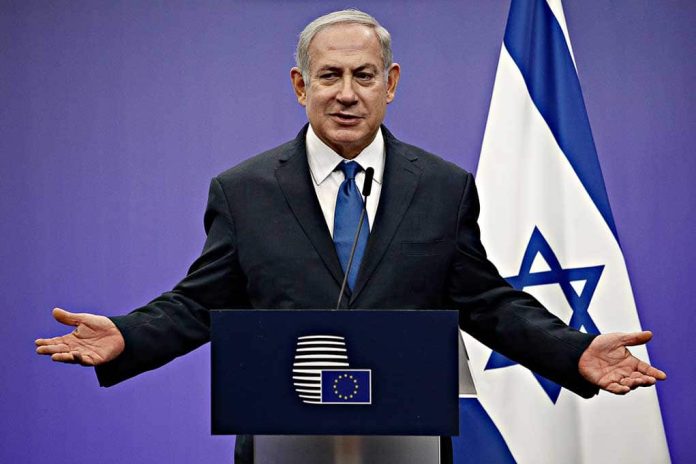 (UnitedVoice.com) – Earlier this year, Benjamin Netanyahu left his position of Israeli prime minister after serving for the previous 12 years. His departure came after two opposing parties took power, creating a rotating government and ousting him. He has vowed to return to his position. In a recent interview, the former PM mocked his successor’s ability to do the job.

On September 19, Netanyahu posted a video on Facebook of himself mocking Prime Minister Naftali Bennett’s ability to hold US President Joe Biden’s attention. “I heard Biden was very attentive at this meeting. He dropped his head in agreement,” Netanyahu said.

The former prime minister was referring to a deceptively edited video that made rounds on the internet allegedly showing Biden nodding off during his first meeting with Bennett.

Netanyahu is currently on trial for allegations of corruption while he was in office. The former PM has vehemently denied committing a crime. Although he’s no longer in power, he remains the head of the far-right party in the country and is strongly opposed to the new government. There are rumors he could run for prime minister again. However, when Bennett leaves the seat in 2023, Yair Lipid will take control for two years. What happens when that term is up is anyone’s guess.