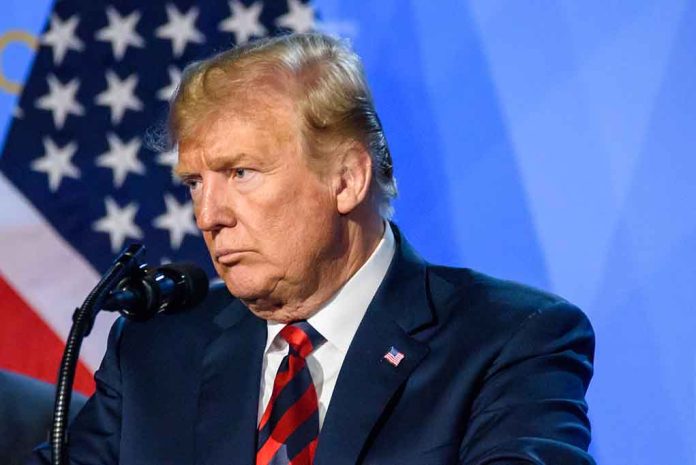 (UnitedVoice.com) – Are Democrats so in love with the government that they’ll weaponize it against their political opponents who oppose increasing its size, scope, and powers? From 2004 to 2017, the Treasury Department Inspector General determined the IRS targeted Tea Party groups because of their political views. From 2016 to 2018, the FBI and Department of Justice investigated former President Donald Trump over allegations that ultimately ended up tied to a fake narrative concocted by Hillary Clinton’s presidential campaign charging that he colluded with Russia. Many are concerned President Joe Biden’s administration is weaponizing the DOJ once again.

On Monday, August 8, the FBI raided Trump’s Mar-a-Lago home after the law enforcement agency obtained a search warrant. The government acted against a former head of state in an unprecedented move. On Tuesday, anti-Trump Republican Joe Walsh said it may have brought the GOP together to support the former head of state’s potential 2024 run for president.

Months ago, the National Archives notified the Department of Justice (DOJ) that records were missing. Allegedly, Trump removed 15 boxes of White House records with the National Archives arguing they belonged to the government under the Presidential Records Act. In January, the former head of state negotiated with the agency and returned some of the materials.

Talking with Fox News host Sean Hannity on Monday evening, Eric Trump said his father had been working with the National Archives for several months and the FBI’s actions shocked everyone, including their attorney.

On Tuesday, Walsh said the raid made Republicans angry across the political spectrum. Now, many will enthusiastically support the 45th POTUS if he runs in 2024 despite souring on him in recent months. Still, Walsh believed it wouldn’t matter whether the incursion strengthened the GOP’s leader if the law wasn’t on his side.

In the wake of the FBI’s action, nearly a dozen GOP lawmakers met with the previous commander-in-chief to offer their support. One Republican said the event helped Trump make up his mind about running for president. After the raid, he released a campaign-style video announcing the “best is yet to come.” Rep. Jim Banks (R-IN) said the FBI’s forced entry would backfire on those attempting to stop him from running in 2024.

On Tuesday, former US Assistant Attorney Andrew McCarthy theorized in the New York Post that the FBI wasn’t looking for presidential records. Instead, he alleged the DOJ is looking for January 6 evidence that could tie Trump to the riot and provide information to charge him with a violent crime, seditious conspiracy, or a non-violent crime such as obstruction of Congress.

So, time will reveal the government’s motives under Biden. Did the administration weaponize the FBI? Regardless, it has has energized the GOP and readied it for a bruising 2024 election.