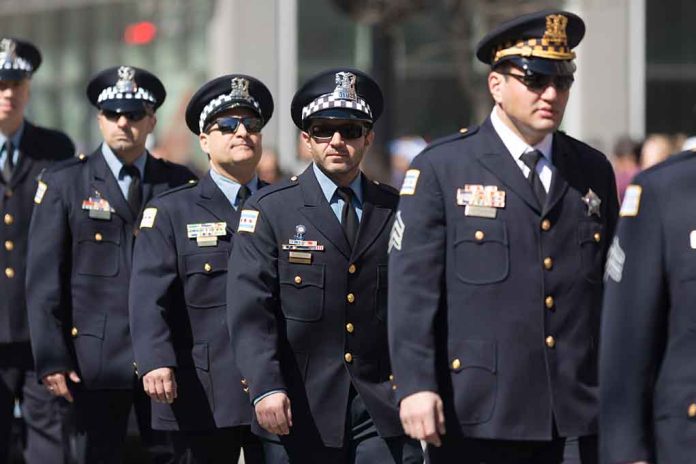 In 2021, Illinois Governor JB Pritzker signed the omnibus bill, the Safe-T Act, into law in his state. The legislation also made radical changes to the systems. One of its measures, the Pretrial Fairness Act, has criminal justice reform advocates celebrating, but others are raising concerns.

The controversial section of the reform bill eliminates cash bail. It will move to a system where judges decide who to keep in jail until trial based on factors like the probability they will flee or pose a danger to the community. The bill goes into effect on January 1, 2023.

NPR reported Pritzker spoke about the legislation during a press conference in August and said eliminating cash bail should make the system fairer. He said lawmakers wanted to ensure wealthy criminals aren’t able to just get out of jail after allegedly committing a “terrible violent crime” while someone who shoplifted remains stuck in jail until trial.

Currently, the decision to eliminate cash bail would impact all crimes where judges can already optionally impose a bond. For example, second-degree murder is a crime allowing for bail. The new law means a judge could release someone to await trial.

The idea is that it prevents a wealthy person charged with a crime from easily bonding out, while a poor person facing the same charges must sit in jail until trial. Judges may still order people held without bond.

Critics have expressed doubts about the new systems.

Opponents of the law have compared it to “The Purge,” a movie about the government legalizing all crime for 12 hours. Others believe the legislation will make it harder for police officers to do their jobs in the state, hurting cops’ morale.

Eugene Roy, the retired Chicago Police Department Chief of Detectives, told Fox News Digital he thinks the law is “opening the door for the anti-police activist community and the attorneys that represent them that are anti-police.” His problems with it went beyond the bail aspect. The provision eliminating a requirement to inform officers accused of misconduct of the identities of those officials investigating them or their accusers upset him.

How do you feel about waiving cash bail?