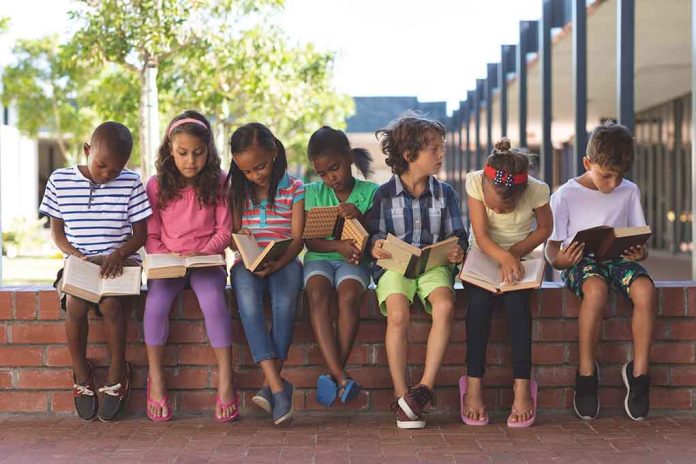 (UnitedVoice.com) – There’s a battle in the country over how much young children should know about the world around them. On one side of the debate, Liberals believe they should teach kids about people who are members of the LGBTQ+ community because they exist. On the other side, Conservatives think that’s tantamount to indoctrination and want to protect children. Now, the argument has again spilled over into public schools.

Montgomery County Public Schools (MCPS) is the largest school district in Maryland. Recently, a presentation given to teachers featuring the books approved for students in Pre-K through fifth grade ignited a firestorm when it leaked to the public. ABC 7 reported the list included “LGBTQ+ affirming books.” Those books included “Pride Puppy!,” “I Am Jazz,” and “Uncle Bobby’s Wedding.”

The district designated “Pride Puppy!” for Pre-K students. It contains images of characters holding up signs about intersex and other issues. The book is about a family that convinces transgender people and drag queens to search for their dog at the town’s Pride Parade. The book “Uncle Bobby’s Wedding” targets kindergarteners, and it’s about the main character’s gay uncle marrying his boyfriend.

Do you think the reading material on the list is appropriate?