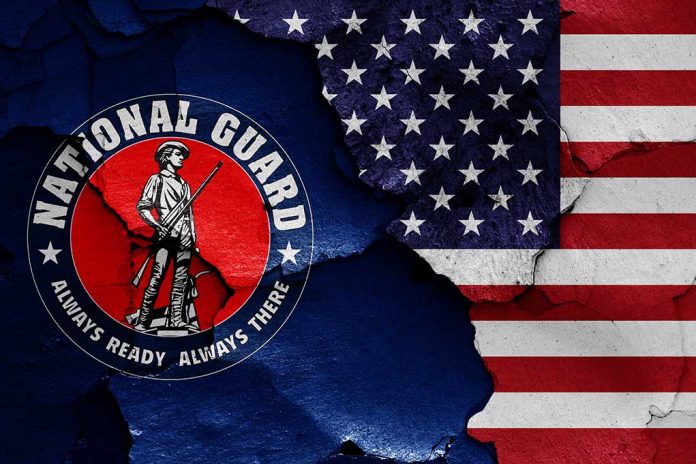 (UnitedVoice.com) – The Omicron variant surge across the United States has intensified the substitute teacher shortage. New Mexico is one of the states suffering — it’s so bad the governor has taken drastic measures to keep schools open.

Beginning the first week of February, 78 members of the New Mexico National Guard have started acting as substitute teachers in the state. The guard members responded to a call from Governor Michelle Lujan Grisham (D) to fill-in for educators who need to take time off for whatever reason; she’s also signed up to be a sub during the shortage.

Although the state said it was going to train the members of the Guard, some reportedly only had a few hours or lessons and some had no instructions.

New Mexico has asked National Guard soldiers to work as substitute teachers in a bid to keep schools open during an acute teacher shortage — some with no teaching experience at all, and just a few hours of training.https://t.co/40OmDQAaXr

Specialist Austin Alt told NPR he didn’t feel prepared for his first day. However, he explained he thought it was important to volunteer to keep schools open because kids suffer when their schools close.

The substitute teacher shortage extends to other states, as well. In Texas, schools have asked parents to volunteer to teach classes. Oklahoma is allowing state employees to work as subs. Other states are also implementing policies to make it easier to find replacements for teachers. Officials seem to agree they must do what it takes to keep classrooms open.