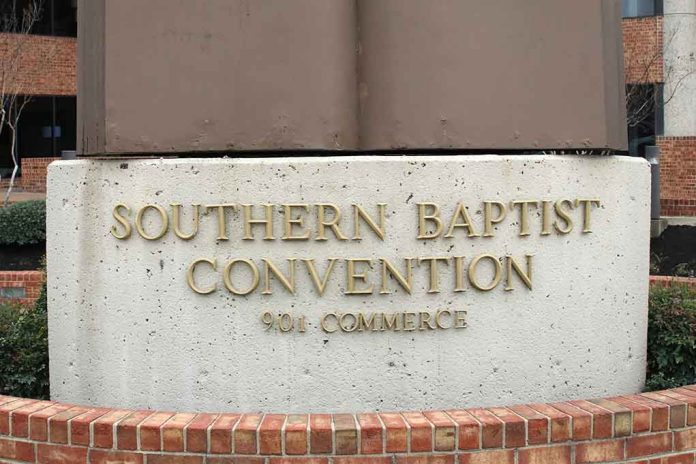 (UnitedVoice.com) – Over the last decade, the Catholic Church has dealt with the fallout of child sexual abuse issues. Experts say the scandals cost American Catholic churches $2.2 billion, and as many as 100,000 people became victims of clergy sexual abuse. Others say the cost is much greater than money, considering emotional and mental health issues and the damage done to the moral and religious authority of the church. While many have talked about the problems within the Catholic Church, another issue has been brewing in America’s largest Protestant denomination.

On Sunday, May 15, Leaders of the Southern Baptist Convention (SBC) released a highly damaging report from a third-party investigation. It found that church members who brought allegations of sexual wrongdoing by church leaders to the SBC executive committee were ignored or minimized and that top clergy even went after parishioners for pushing the issue. The controversy is full of information about how church leaders refrained from finding the truth and tried to protect the church from victims.

History has repeatedly shown the consequences of getting caught keeping a devastating secret are far more harmful than coming out with the truth. The SBC asked third-party company Guidepost Solutions to dive into an investigation of the SBC leadership and its response to the emerging sexual abuse crisis in its ranks. The results of the seven-month probe are likely to create shockwaves throughout the evangelical community. Investigators learned congregants of SBC churches contacted the denomination’s administrative leadership to report allegations of child molestation by pastors and other staff employed in churches across the country over a 20-year timeframe.

The report also revealed that parishioners called and repeatedly emailed only for the executive committee to ignore, stonewall, or resist them with hostility. Investigators concluded church leaders were more concerned about protecting the institution from legal liability than protecting church members and guests from more abuse.

The report focused on the SBC’s executive committee between 2000 and 2001. For decades, the committee said it couldn’t collect names for a sex offender registry because it violated the SBC’s constitution that made local churches responsible for disciplinary and legal matters. Yet, the report showed the executive committee created a secret list of alleged sexual abuse violators to prevent it from potential lawsuits or from judgments that might bankrupt the denomination.

Still, there are other questions. Why didn’t the executive committee notify the local authorities about potential sexual abuse issues?

On Sunday, SBC President Ed Litton said he was grieved to his core by the report. He said the denomination must reflect on the past and prepare to change the organization’s culture by implementing immediate reforms. The report offered three key recommendations:

Despite the SBC’s acknowledgment of wrongdoing and openness to change, will these recommendations and other reforms absolve them from lawsuits? Can they implement the recommendations without violating an individual’s right to a trial by jury over such allegations?