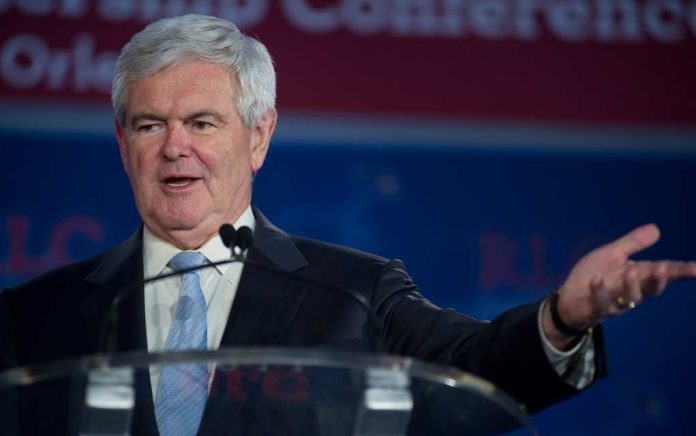 (UnitedVoice.com) – Newt Gingrich unleashed a fiery dose of reality on Joe Biden’s criticism of President Trump and his handling of the COVID-19 pandemic. As the Republican powerhouse pointed out, Biden’s cowardice in the face of a national health crisis is perhaps only surpassed by his abject failure to act.

Fox News published the scathing critique of “Biden’s coronavirus lies” penned by Gingrich, the former Republican Speaker of the House on Monday, September 21. Gingrich, who wasted no time getting down to the chase, wrote that the Democratic presidential hopeful was one of two things — either “a coward,” or more feeble-minded than his “harshest critics realize.”

At issue were Biden’s remarks during a Michigan campaign stop earlier in September. Make no mistake about it: Biden straight-up accused Donald Trump of murder, claiming his failure to perform his duties constituted “a life and death betrayal” to the country.

Really? Let’s take a look at the facts as presented by Gingrich.

Although Gingrich pointed out a host of lies and contradictions, two stand out above the rest.

First, the president implemented a ban on travel from China in January despite widespread opposition from Democrats. You might recall Biden calling Trump “xenophobic” shortly after the announcement of the ban.

We are in the midst of a crisis with the coronavirus. We need to lead the way with science — not Donald Trump’s record of hysteria, xenophobia, and fear-mongering. He is the worst possible person to lead our country through a global health emergency.

Second, although President Trump refused to panic the American public, he encouraged governors to shut down the economy and quarantine their citizens at home under guidelines created by the scientists working for the Coronavirus Task Force.

Think back to April 22 when he spoke out against the decision by Republican Georgia governor Brian Kemp to reopen portions of the state’s economy in violation of the administration’s Phase I pandemic guidelines.

Biden’s lies are not only reprehensible on their face, making matters worse he continues attacking the president without offering up any solutions, Gingrich concluded. It appears Biden’s response to the pandemic is a never-ending stream of smears against President Trump, and that, my friends, does not constitute a plan of action.