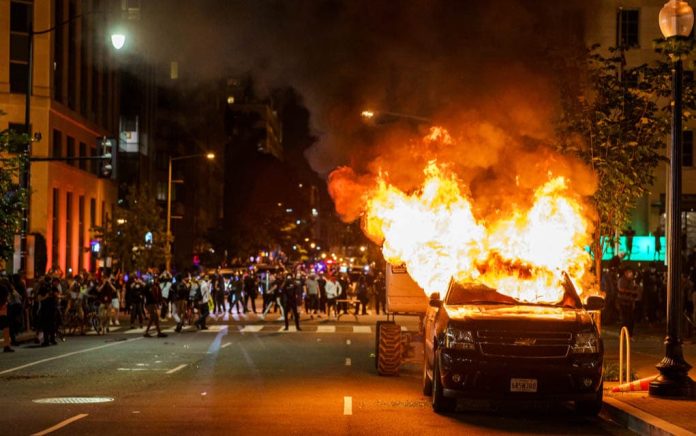 (UnitedVoice.com) – Portland, Oregon, is a city under siege by extremist groups like Black Lives Matter (BLM) and Antifa who are inciting violence, arson, and looting — what most reasonable people call riots. However, National Public Radio (NPR) is backing the narrative that calling the events in the city by that name could be considered “racist.” The theory seems to dovetail with the idea that almost everything that has happened in what we now call America since 1619 has been crafted to exploit the Blacks.

NPR published an article claiming that calling a riot a “riot” is offensive because it’s “rooted in racism.”https://t.co/C5RAiFr6Iv

The story goes on to say the deployment of teargas by law enforcement is unconstitutional because it impacts people who were there to peacefully protest. Other Leftist outlets are trying very hard to sell the idea that the decision to use it is steeped in White supremacy.

Most Liberals are twisting themselves into pretzels in an effort to make all this mob violence appear reasonable and the police officers trying to maintain law and order are nothing but racist thugs. But to be brutally honest, their continued push towards anarchy is going to cause major problems for Americans of every race and color.

Pence Takes Up the Fight for HCQ