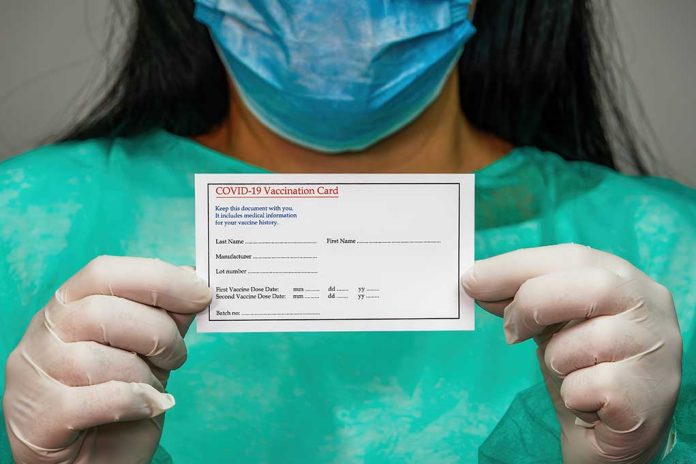 (UnitedVoice.com) – Many hospitals, healthcare facilities and businesses have implemented vaccine mandates over the last several months. One of the ways people have tried to get around the decrees is by creating fake vaccine cards. That’s exactly what one nurse did and now she’s in hot water.

According to The State newspaper, on November 23 a federal grand jury indicted Tammy McDonald, the director of nursing at a rehab facility, on charges of fraud. She stands accused of creating fake vaccine cards. Authorities also allege the 58-year-old registered nurse lied to the US Health and Human Services Department and FBI agents when they confronted her about the fraudulent cards.

McDonald’s attorney, Jim Griffin, told US Magistrate Judge Shiva Hodges that his client only made a couple of fake vaccine cards for a family member who didn’t want to get the vaccine. He claimed she received no payment for the cards. The nurse, who faces up to 15 years in prison, pleaded not guilty and the judge issued a $10,000 bond. The judge also ruled that if she goes back to work, her employer must be notified of the charges against her and she shouldn’t be involved in the vaccination process.

Using or selling fake vaccine cards that include the seal of a federal agency could result in years of imprisonment and thousands of dollars in fines. Just don’t do it.