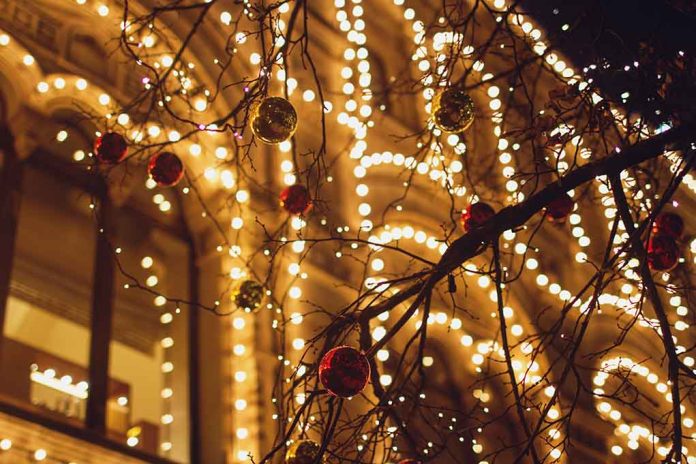 (UnitedVoice.com) – Some people go all out for Christmas, putting up tens of thousands of lights outside of their homes and even syncing their displays to music from local radio stations. The Gays in Lagrangeville, NY, are one of those families. In fact, their 2021 display is record-breaking.

Since 1995, Tim Gay has been lighting up his home for the holidays. In 2003, his sister Ellie learned her cancer was terminal, so he expanded his display. According to Gay’s website, his sister called him on Christmas morning from the hospital and he described his light show. He says his sister called it “an expression of love” after he told her he wasn’t sure why he made the display so large. His family has held the Guinness World Record title for the most illuminations on a residential property since 2014 — his 2021 display, which breaks their own record, has 686,526 lights.

The Gays don’t just light up their home for their own enjoyment or to break records, though. The family accepts donations from people who visit the display and use that money to help their community. Currently, the Union Vale Fire Department collects the money and is the biggest recipient of the donations. In 2020, the ERDAJT Holiday Light Display, a name he created by taking the first two initials from his childrens’ names, raised $497,000. They’re hoping to hit a new record of $500,000 this year.