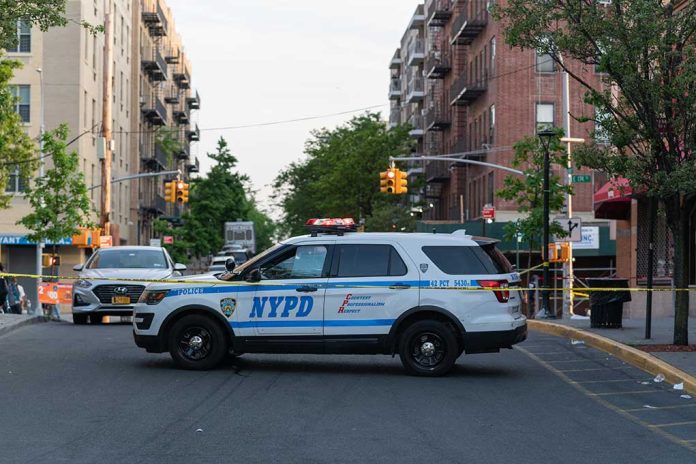 (UnitedVoice.com) – Supporters of former President Donald Trump often talk about being canceled. They have experienced difficulty on social media, at work, and with their families. A former New York City police officer is fighting back.

Salvatore Greco is suing the New York City Police Department, alleging Police Commissioner Keechant Sewell and the agency violated his right to free speech by firing him. According to the former officer, he attended the “Stop the Steal” rally held on January 6, 2021, on Capitol Hill, but he was not part of the riot. The lawsuit, filed in Brooklyn Federal Court, claims he was not accused of any illegal activity that day.

Nonetheless, the NYPD launched a probe after receiving a tip in January 2021 about Greco’s attendance at the rally. In April of 2021, the department filed charges against the officer after looking through his personal accounts and phone. He claims the subpoena was illegal. He faced trial, and officials found him guilty of violating policies and fired him.

Greco appeared in videos with the “Manhattan Madame” Kristin Davis and Roger Stone while at the capital. The suit alleges the department let him go because of his “Make America Great Again” (MAGA) beliefs. Attorney Eric Sanders told WPIX that the NYPD has engaged in “‘political viewpoint’ hit jobs for more than forty (40) years.” The plaintiff and his legal team intend to spotlight the problem with the lawsuit.