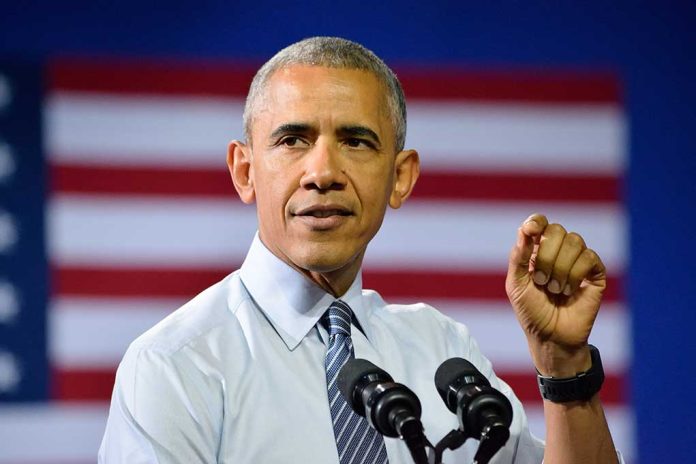 Obama RETURNS to the White House

(UnitedVoice.com) – Ten years ago, former President Barack Obama hosted his predecessor for the long-standing portrait unveiling ceremony at the White House. On Wednesday, the event happened again for the first time since 2012. This time, however, it was Obama and his wife, former First Lady Michelle Obama, under the spotlight.

There is no official course of events for a presidential portrait unveiling. Former President Jimmy Carter held the first but asked not to have a ceremony of his own. Successive administrations have continued the tradition until former President Donald Trump decided not to host Obama, a man many consider his political nemesis.

Instead, President Joe Biden happily welcomed the Obamas and an assembly of policymakers and power players from his time in office. The White House Historical Association, wards of the responsibility since 1965, selected prominent artists to paint stately images to adorn the walls of the executive mansion.

There’s no word yet on whether Biden will throw Trump a ceremony when artists complete his and Melania’s portraits or whether the former chief executive would accept such an invitation. Given the history between them, the occurrence of such an event seems unlikely.

Do you think Biden should host Trump eventually?