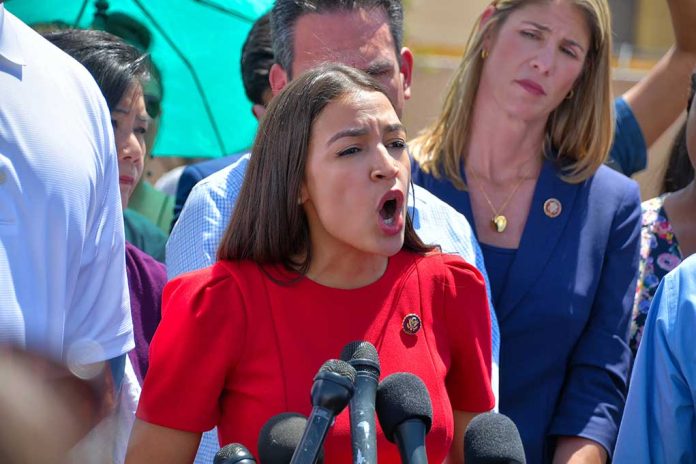 (UnitedVoice.com) – Virginia “Ginni” Thomas has long advocated for conservative policies in Washington, DC. Her activism has never impacted her husband, Associate Justice Clarence Thomas’, work on the Supreme Court. Democrats are now trying to get him removed from the bench because his wife has her own life.

On March 28, Rep. Alexandria Ocasio-Cortez (D-NY) told Axios she thinks there are likely grounds to impeach Justice Thomas in the wake of Ginni’s text message scandal. AOC is upset about texts between Mrs. Thomas and Mark Meadows, the former White House chief of staff, where she expressed concern about the 2020 election results. She told him to not give up the fight and thought the results might be worrisome. The texts never mentioned the justice or said anything about using his power on the court to allow former President Donald Trump to serve a second term.

AOC called for an investigation into why Justice Thomas didn’t recuse himself from a case involving Trump’s efforts to keep his documents away from the January 6 Committee. On Twitter, the congresswoman said he should resign from the Supreme Court and if he doesn’t, she believes he could be impeached.

If not, his failure to disclose income from right-wing organizations, recuse himself from matters involving his wife, and his vote to block the Jan 6th commission from key information must be investigated and could serve as grounds for impeachment.

Only one SCOTUS justice has ever been impeached. That was Justice Samuel Chase in 1805. The House impeached him, but the Senate refused to convict and remove him from the bench.

In order to successfully impeach Justice Thomas, AOC would have to prove he knew about his wife’s text messages with Meadows and was trying to hide them from the January 6 committee. There’s currently no evidence that is true.