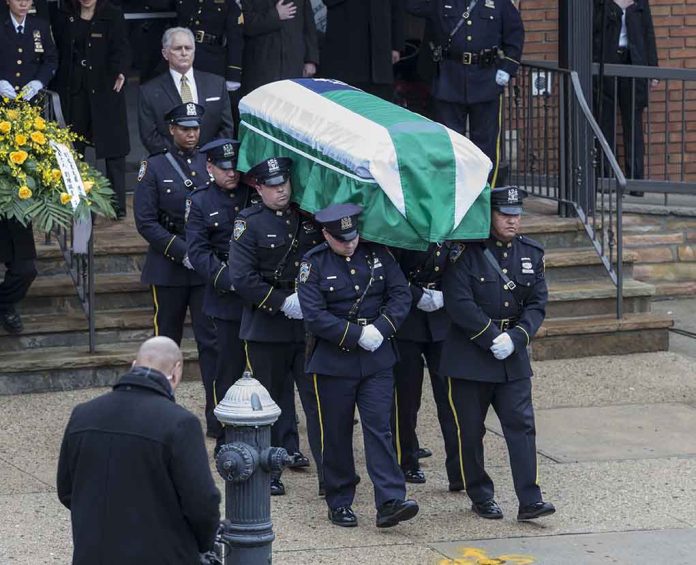 Family of Officer Slain in Training Accident Claims He Was Murdered

(UnitedVoice.com) – The family of a cop who died during a training session claims his death was no accident. They allege Los Angeles Police Department (LAPD) veteran Houston Tipping was investigating a crime committed by colleagues who then killed him to silence him.

On May 26, Officer Houston Tipping was instructing at a training session when he fell and suffered a “catastrophic” spine injury. He died three days later. The LAPD says the veteran cop received injuries while “grappling” with another officer in a training scenario, and an investigation ruled his death an accident. Now, his family is telling a very different story.

“A Los Angeles cop who died in what the department said was a training accident was actually killed for being a possible whistleblower — and was about to reveal information about a gang rape by police, his family claims”

Shirley Huffman, Tipping’s mother, has filed a lawsuit claiming her son was investigating an alleged rape committed by four LAPD officers — at least one of whom was at the fateful training session resulting in the investigator’s death. The alleged assault happened in July 2021, and Tipping wrote the incident report.

Huffman’s attorney, Brad Gage, said the dead man was about to reveal new information regarding the assault, and one or more of the assailants killed him to keep him quiet. Now Gage is demanding an investigation by the LA District Attorney’s office.

LAPD Chief Michel Moore rejects the attorney’s claims, saying they’re “without foundation.” He added the lawyer has “made other baseless allegations in this unfortunate tragedy.”