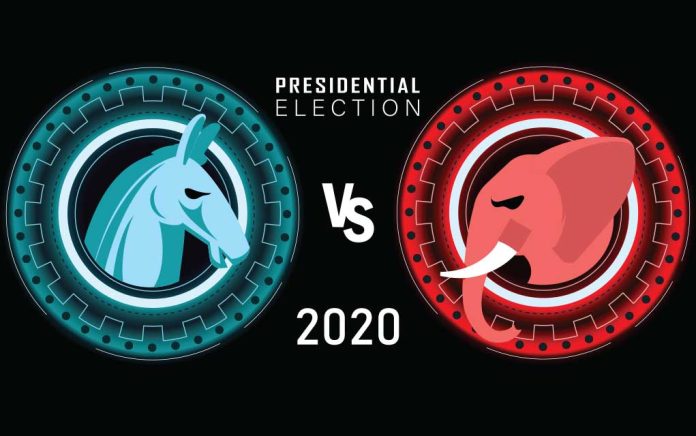 (UnitedVoice.com) – For decades, Americans complained that the Democrats and Republicans were cut from the same cloth. Many felt that when it came down to it, there wasn’t much of a difference between the two parties. However, over the last decade, that perception has changed as Democrats moved farther left. What we saw and experienced these past two weeks was a demonstration of the tale of two conventions.

One party was low on substance, divided between what direction the country should go in, but was united in hate towards one man. The other party used patriotic symbolism, tried to expand the tent, and exposed that, in the end, every American wants safety, security, and opportunity.

Few people are going to remember what speakers said at the convention or what policies were discussed when it’s time to vote in November. However, viewers will remember the sentiments and feelings that were created about the candidates.

What were the narratives each side attempted to create, and what are voters likely to remember when they cast their ballots?

Throughout the week, Democrats tried to build the case that Donald Trump is a divisive and dangerous president. Aside from that, few, if any, are going to notice much else from the Democratic convention. In fact, what wasn’t said may be remembered more than what was said.

Democrats almost completely ignored the most far-left liberal platform in the history of political conventions. I don’t recall them talking about the tax hikes in their platform. There wasn’t a mention of ending fracking and the thousands of jobs that would be lost as a result. Did you hear about free college, student debt elimination, or climate change by either vice-presidential candidate Kamala Harris or presidential candidate Joe Biden?

If they did, we would have heard about it across conservative media. There wasn’t a peep.

Biden and Harris missed an opportunity to talk about the violence and riots in Democratic-led cities across America. They failed to mention what they would do to ensure the safety and security of Americans who are being victimized every day by radical groups like Antifa. Instead, they focused their efforts on praising “peaceful protests.”

It wasn’t until after Vice President Pence pounded him on the riots, and liberal commentators on CNN and MSNBC began warning Biden of his blind spot, that he finally said something.

Instead of focusing on the issues important to Americans, they focused on their hatred of Trump’s personality. Biden said the campaign was a battle between light and darkness, and a struggle for the soul of America. He’s right… but he never said anything substantive about the struggles Americans are experiencing.

Strikingly, by the end of the Democratic convention, Biden didn’t get a traditional bounce in the polls. Do you know who did? Trump.

In the latest Zogby poll, the president achieved an all-time high approval rating of 52%. He’s the first president in the modern era to get a bounce out of the opposition candidate’s convention.

The contrast between the Democratic and Republican conventions couldn’t be starker. Patriotism, American exceptionalism, promises made and promises kept, law and order and ending riots, the COVID-19 response, and asking Americans of all races and backgrounds to join the campaign were forefront in the latter.

Unlike Biden’s speech, which was dedicated to tearing Trump down, the president spent less than 10% of his time attacking Biden in his acceptance speech. The majority of his focus was on how promises made/promises kept, supporting law enforcement and protecting citizens in the face of the Democratic onslaught to defund the police, and how the administration responded to COVID-19.

It’s too early to know what kind of bounce Trump may gain in the polls. What is clear is that the two conventions provided a very different perspective of America.

What Will Voters Remember?

The question is, what will America remember?

Will voters believe that America is a dark, evil country that must be radically transformed? Or, will they believe the United States is a great country that will provide safety, security, and opportunity for its citizens?

We’ll find out in two months.

The above opinions are solely those of the author and do not necessarily represent the opinions of the publisher.