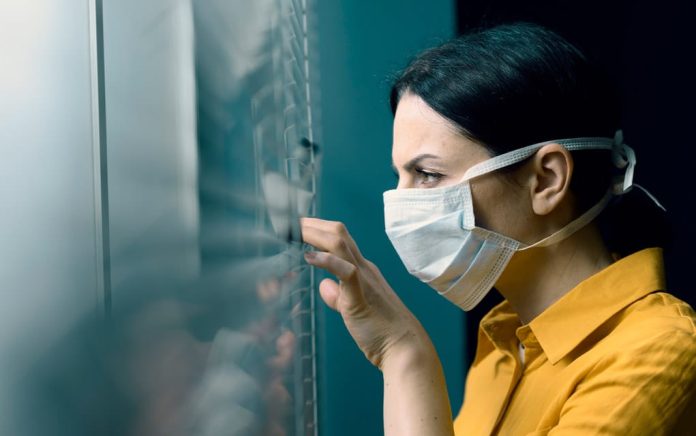 (UnitedVoice.com) – Across the country, some Americans are organizing protests to send a message to their state governments: they’re hurting people more than they are helping them. In early March, the federal government recommended that the country lockdown to “flatten the curve” to prevent a worst-case scenario with COVID-19. They said slowing the fast-moving virus down would help to prevent hospitals from getting overwhelmed in the future.

During the outbreak’s early stages, numerous states began implementing stay-at-home orders and shutting down all but “essential businesses.” Social distancing became a universally known term, and Americans generally agreed that it made sense. The results are more severe than anyone could have imagined.

Over the last three weeks, 17 million people have filed for unemployment. Small to large businesses are closing permanently. The numbers are worse than during the great depression. Economists now agree the economy is in complete shambles.

Some Governors are not listening to lawmakers or their constituents regarding ways to address the pandemic. Many policies implemented by them are inconsistent at best. To make matters worse, several states, including Pennsylvania and Michigan, have implemented what some are calling draconian measures.

In Pennsylvania, the real estate market is shut down since Gov. Tom Wolf deemed real estate non-essential. There are people in limbo who sold their homes in the days before the shutdown but cannot close on a house since then. Some people are now stuck with two mortgages and others have no home at all.

Yet, beer stores in Pennsylvania are an “essential business.” Shelter is non-essential but buying beer is? It defies logic.

In Michigan, you can’t even legally walk across the street to visit with a neighbor, but you can drive across the state to your cottage or buy a lottery ticket.

These are the kinds of things people are organizing protests over.

President Trump warned a few weeks ago that we can’t allow the cure to be worse than the disease, which is what seems to be the case now.

Is the Cure Worse Than the Disease?

It seems that many of our leaders have pulled a bait and switch. We were initially told that the point of the quarantine was to slow the virus down. On April 8, the discussion went from “flattening the curve” to experts talking about “squashing the curve.”

For some reason, our leaders are making irrational decisions based on emotions instead of facts. According to data released by the New York City Department of Health, a staggering 6,182 people have died from COVID-19 as of 5:00 pm on April 12. As bad as that number is, it requires a more in-depth analysis.

We have a good idea of who is at the most risk. Yet, we are treating everyone the same. In the process, we are destroying our economy and people’s lives. In early March, it made sense. However, does it now?

The government should be focused on protecting the vulnerable. That’s not what’s happening. Now, some people are beginning to express their displeasure with how far their state governments are going.

Experts and political leaders shut down the economy to flatten the curve. Now, we’re trying to eradicate a virus without a vaccine that could take a year to develop and approve. The government has already spent over $2 trillion on economic packages and they want to pass another $2 trillion rescue package in the coming weeks.

The government is treating Omaha like New York City, Chicago, and Los Angeles. Solutions that might work for one city don’t necessarily work for others. As a result, Americans are getting restless over their leaders’ lack of common sense in what looks like a massive power play. The politicians may be going too far and, in doing so, are eroding confidence others have in their leadership abilities.

The above opinions are solely those of the writer and do not necessarily reflect the opinions of the publisher.