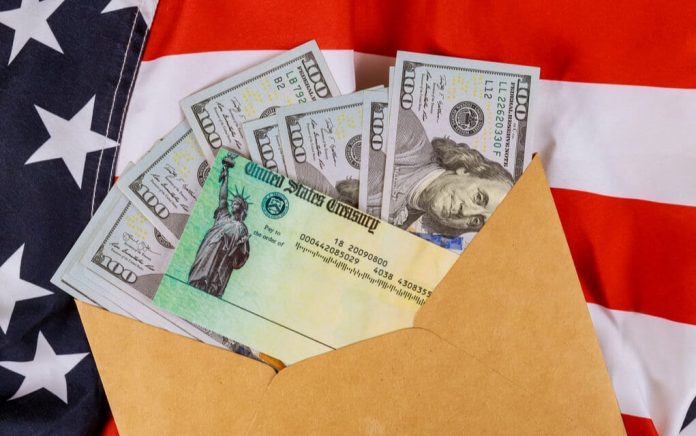 (UnitedVoice.com) – Congress has a terrible habit of creating winners and losers. The most current example is a $600 per week additional unemployment benefit, part of the Phase 3 stimulus package. While the money is helpful to some workers, for others it’s much more generous than necessary. In fact, it’s so beneficial that they make more money being unemployed than working.

Forgive me if I’m a bit jaded, but I have a hard time believing this wasn’t a political decision designed to show people how much members of Congress care for the little guy. Well, once again, caring for some little guys is screwing other little guys.

The problem is becoming more dire each week. However, Congress may be helping exasperate the problem. After all, it has a strong track record of creating winners and losers.

For example, under Obamacare workers were entitled to healthcare benefits and subsidies that many business owners were not. Small business owners took a beating with sky-high premiums of $10,000 per year or more and deductibles of $10,000 to $20,000 depending on the plan. I know because I was one of those business owners.

Now, they’re at it again and, instead of just hurting small businesses, they’re hurting those they intend to help.

How $600 a Week Created Winners and Losers

Last month, Sen. Lindsey Graham (R-SC) warned Congress not to give an additional flat weekly $600 payment on top of state unemployment benefits. That money goes to every unemployed person who got at least $1 in unemployment compensation. He predicted that workers would end up making more at home on unemployment than working. Graham was right.

Traditionally, unemployment benefits require a worker to be laid off by an employer. However, the CARES Act allows a person to quit their job and collect unemployment compensation as long as the applicant “self-certifies” the reason they left was related to the coronavirus pandemic.

That shouldn’t be happening. The government just created an incentive for people to quit their job, self-certify, and collect unemployment. If you’re an “essential” worker, you might be upset that someone who isn’t considered “essential” is staying home and getting more money.

It’s not hard to imagine what this could do to morale when, or if, life returns to some normalcy. Those who stayed behind and worked knowing they put themselves at risk and got paid less than those at home may feel some resentment. It’s only human nature.

A small business owner who takes out a loan from the Small Business Administration (SBA) may have it forgiven if that money goes towards payroll. As workers start learning they can make more money not working; they could quit their job, make more money on unemployment, and leave a small business owner stuck with a loan instead of a grant. You can’t blame a person for doing that.

You also can’t blame a business owner for not trusting the government when politicians say they care about their business and then create laws that continually hurt them.

While the $600 per week benefit is scheduled to last through July 31, there is talk in Congress of extending it in the next relief bill. Yes, there is another relief bill in the works. House Speaker Nancy Pelosi (D-CA) says it must go even further.

I’m all for helping people who need the money to survive. However, I’m not for people sitting at home making more money than they would make while working and being footed the bill. Congress should scale this back so that people aren’t making more on unemployment than they are when working.

Congress should make it equitable to both those who are making sacrifices on the front lines, but not making $26 an hour, and those who should be at home doing their part to stop the spread of COVID-19.

Anything more than that is a slap in the face to those who are putting their health at risk and sacrificing time spent with their families.

It’s time to end how the government decides who the winners and losers are.

The above opinions are solely those of the author and are not necessarily representative of the publisher.