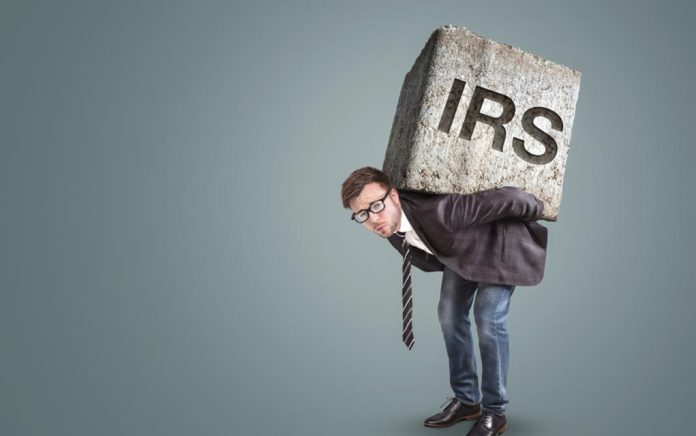 (UnitedVoice.com) – Over the last decade, the IRS has been the focus of controversy many times stemming from the free reign it has to exert its will. On Monday, it continued a tradition of ignoring the law for its own convenience. This is a pattern that must stop and someone should be held accountable for IRS’ actions.

Last week, President Trump signed the CARES Act into law. In part, the law provides a direct stimulus payment to virtually all Americans. Treasury Secretary Steven Mnuchin said several times that people who do not file taxes because they are retired and collect Social Security will not have to do a thing. They will automatically get paid and it will be as easy and seamless as collecting their monthly Social Security benefit.

Yet, on Monday, the IRS took it upon itself to force seniors who are on Social Security and do not file taxes to file a “simple” tax return. That’s despite legislation authorizing the IRS to get the data directly from the Social Security Administration to make the payment to seniors.

What was it thinking?

Was the IRS trying to hurt seniors and stop them from getting the money that Congress authorized them to receive?

The only saving grace is that Secretary Mnuchin stepped in and forced the IRS to follow the law as it should have been doing all along. It’s a shame that the bureaucrats in the IRS think they know better than Congress and are above the law.

Think about it, if this were a voting issue, the first thing Democrats would be screaming is this is a disenfranchisement move to limit people’s voting rights. Well, this is the same thing except it’s even worse. A bipartisan Congress said, in the law, not to make it difficult for people to get money. And, what did the IRS do? They made it difficult.

The first problem is that there isn’t anything “simple” about filing a tax return if you haven’t done it in years, especially during a national crisis. Right now, the federal government and many states have delayed tax filings until July 15 and the IRS closed Taxpayer Assistance Centers until further notice.

Besides, many state governments have shut down non-essential businesses to include CPAs and tax attorneys. Approximately 27% of seniors don’t even have access to the internet and families are spread out across the country, so they can’t help their senior loved ones.

It’s Happened to Seniors Before

I’m willing to bet that millions of seniors don’t even know what the IRS did to them on Monday. Unfortunately, it wasn’t the first time. In 2008, the country was on the front end of the Great Recession. People were losing jobs and homes were being lost at an unprecedented rate. In response, Congress authorized a stimulus bill and money was sent to every American to stimulate the economy.

There was one catch. To get the stimulus money, the government required people to file a tax return to get the payment. It didn’t matter if people were collecting Social Security or not.

Approximately 3.5 million Social Security recipients at that time never received a stimulus check. They were eligible, but they didn’t know they had to file a tax return to get the money.

It’s the government’s responsibility to make the process simple. The burden shouldn’t be forced on the most vulnerable among us when the data is easily accessible to make the payment. If Mnuchin had not stepped in to correct the IRS, millions of seniors this time around could have missed out on much-needed money they are eligible for — again.

Let’s hope the IRS doesn’t fail our disabled veterans like they almost did to our senior citizens. The last thing the country needs is for the IRS to screw with them, too.

The above opinions are solely those of the author and do not necessarily reflect the opinions of the publisher.