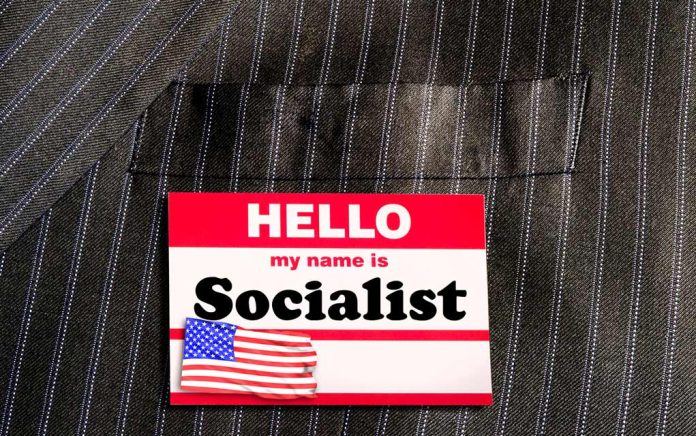 (UnitedVoice.com) – As a kid, I remember my grandfather telling me that I could become anything I wanted because I live in America. I could be a successful businessman or maybe even president of the United States.

Americans have always had heroes we looked up to who changed the world. People like Thomas Edison, Henry Ford, Andrew Carnegie, and John D. Rockefeller. In more modern times, people have been inspired by Steve Jobs and Bill Gates.

These extremely wealthy men all came from humble means and remind us that we too have the potential to fulfill our dreams.

Unfortunately, it seems today that some have moved from admiring our dreamers, inventors, and innovators and have turned them into villains. Yet, without these so-called villains, we wouldn’t have many of the things we cherish today.

Now, we have an admitted socialist with a checkered past who is the front-runner for the nomination for president in the Democratic party. At every opportunity, he has bashed the wealthy and accused them of buying elections with their own money while he buys elections through bribes of “free this” and “free that” — using other people’s money.

How did we get to a place where an admitted socialist can be a front-runner for president of a national party?

America did this to itself.

I hate to admit that.

As far back as the 1980s, Americans have been complacent. It’s understandable. People got up in the morning, went to work to pay their bills, came home, ate a fast meal, took their kids to practice, and came back home exhausted with chores still needing to be done — and day-after-day they do it all over again.

Here’s the problem… who’s spending the most time with the kids?

Schools have your kids for six to eight hours every day. While parents are exhausted, schools are often the ones teaching them their morals, their beliefs, their version of science and history, and their agendas.

Kids haven’t been taught a basic grasp of history or economics, much less socialism.

And… the liberal politicians and bureaucrats at the state level are dictating what schools will and will not teach.

Guess what that means? You got it — schools have become a breeding ground for liberal activism cloaked in the veil of education.

Kids have been taught more about expressing their feelings and political activism than history, civics, and economics. They have been manipulated by players who aren’t interested in giving them the tools that empower opportunity. Instead, people like Bernie Sanders want the power of the government to do it and force them into permanent dependency.

In 2008, the great recession began and Obama was swept into office. He conditioned Americans to the idea that the government was the solution to their problems.

Families across America were losing their jobs and homes. At one point, in 2014 and 2015, nearly 96 million Americans were out of the labor workforce because they couldn’t find suitable work and they stopped looking.

Kids grew up experiencing the stress of a difficult national emergency for nearly eight years. If they weren’t experiencing the financial crises themselves, their neighbors and friends were. They were told by the president of the United States that rich people were the problem and that they needed to pay their “fair share.”

Here are some facts from the Tax Foundation for 2016:

Sanders promised that he would ensure the federal government would soak the rich and provide people with everything they could hope for… free college, school loan debt elimination, free healthcare… on and on it goes.

Sanders is the ultimate fulfillment of the Obama agenda and it doesn’t matter that he is an avowed socialist who supported communist dictators in Russia or Latin America.

He is promising to give people something they believe that cannot earn and that’s a powerful proposition if you feel hopeless and betrayed — and have been taught that you need the government to do for you what you can’t do for yourself.

Is America Ready to Elect a Socialist?

What the poll shows is that Sanders’s real threat is more to the party than the country. Only 32% of moderate Democrats and independents who lean Democrat have a favorable view of socialism. Without the support of moderates, it’s more likely that Sanders will divide the Democratic party and turn it into a minority national party.

Yes, there is still hope.

At the close of the Constitutional Convention in 1787, Dr. James McHenry asked Benjamin Franklin, “Well Doctor what have we got, a republic or a monarchy?” Franklin replied to McHenry, “A republic… if you can keep it.”