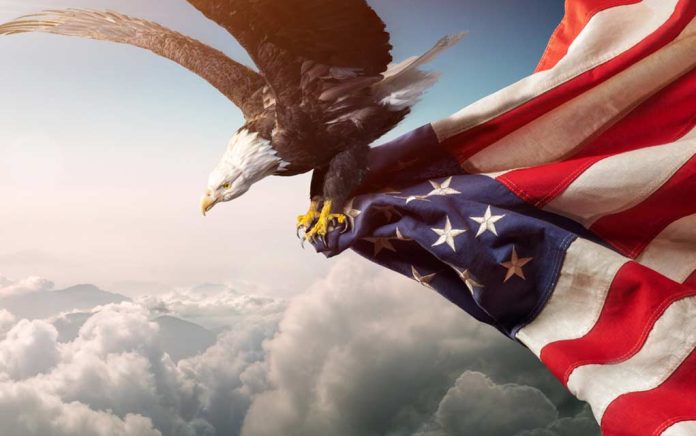 (UnitedVoice.com) – Over the last two months, we have systematically watched a few unaccountable governors shred the American way of life. For the first time in American history, governors have stripped the rights of Americans to work and provide for themselves under the guise of protecting us from COVID-19. Last week, the Labor Department reported that over 30 million Americans were out of work. That number is expected to grow significantly in the days and weeks ahead, and dire consequences are awaiting.

Economists predict that it could take 1-10 years for the economy to recover. That’s their way of saying they don’t know how serious the real damage is until the government allows life to resume as normal. But, will it ever be normal again for this generation?

Since the horrific events of 9/11, we have slowly seen our liberties and rights eroded. The Patriot Act was passed shortly after 9/11 to allow for surveillance on Americans. President Obama used it liberally. In the 2008 campaign for president, Obama said that his goal was to “fundamentally change America.” For eight years, he both subtly and overtly turned Americans against one another and swung open the doors for the election of Donald Trump. Yes, Obama fundamentally changed America.

Liberal politicians have commonly used scare tactics, propaganda, and now forcible means to exert their power. Precedents have been set. It doesn’t take a rocket scientist to see the warning signs.

Here are just a few examples of what has happened over the last few years alone.

As soon as Trump was sworn in as president of the United States, Democrats began rumbling that impeachment was coming. It took no time at all to accuse him and his campaign of colluding with Russia. Former National Security Adviser Michael Flynn was a means of “getting” Trump.

We now know the FBI tried to set him up. Last week, a bombshell report claimed that FBI field agents said there was no evidence and that the case was closed. That wasn’t enough for the most senior leaders in the FBI, however. They took it upon themselves to reopen the case, knowing there was no reason to continue investigating.

That leads us to Congress. For over two years, it conducted hearings. Intelligence Committee Chairman Rep. Adam Schiff (D-CA) repeatedly said there was direct evidence Trump colluded with Russia and was a Russian asset. We now know that Schiff had nothing, and he lied. Top law enforcement and intelligence officials affirmed to the committee that they had no evidence. The FBI and Democrats have played a dangerous political game that, in the past, may have been considered treasonous.

Since March, governors across the country have ordered citizens to stay home and forced the closure of businesses. There is little evidence that any thought was given on how to protect both lives and livelihoods. It was a strongman tactic used by governors. Unfortunately, legislatures gave them the authority to do it. No one, including current lawmakers, knew half the power governors had to control our lives in an emergency declaration.

Governors are warning people they can be arrested for exercising their Constitutional rights to protest, assemble, and worship. In New Jersey, police violently enforced social distancing measures. A salon owner in Dallas, TX, reopened because she felt desperate to provide for her family. She was arrested, jailed for seven days, and ordered to pay a $7,000 fine with money she doesn’t have for violating the governor’s business closure order.

It goes on. In Illinois, the governor says that churches may not be allowed to reopen for a year or more, even though the US Constitution guarantees the right to religious freedom. Over the Easter period, churches across the country, and their congregants, were fined by local authorities for conducting worship services. I have reported in each case that the churches were practicing social distancing measures per CDC guidelines.

It’s gotten so bad that US Attorney General William Barr recently said the Department of Justice (DOJ) is now watching states closely. The DOJ has joined several civil lawsuits against state and local governments who are overstepping their authority. Barr said the Constitution did not end because a pandemic began.

For years, Democrats have demagogued Republicans and falsely claimed that we are fascists. The definition of fascism is “a tendency toward or actual exercise of strong autocratic or dictatorial control.”

Earlier this week, MSNBC commentator Anand Giridharadas said American’s obsession with freedom is blinding us. How many American’s since 1750 have lost their lives in defense of our liberties and freedoms? Thomas Jefferson warned that the government, from time to time, needs to be reminded of their proper place. Benjamin Franklin warned that those who forsake security for liberty deserve neither.

Thank God for Americans who love liberty, believe in the US Constitution, and faithfully hold to it every day. It’s slipping away. If not for them, we could lose the country faster. Perhaps you feel it happening but feel powerless to stop it. You’re not. There are lots of ways to get involved and share your viewpoint. You can call or email your local officials and state legislatures, your governor, and your Congressman.

Let your voice be heard!

The opinions expressed above are solely those of the author and do not necessarily represent the opinions of the publisher.