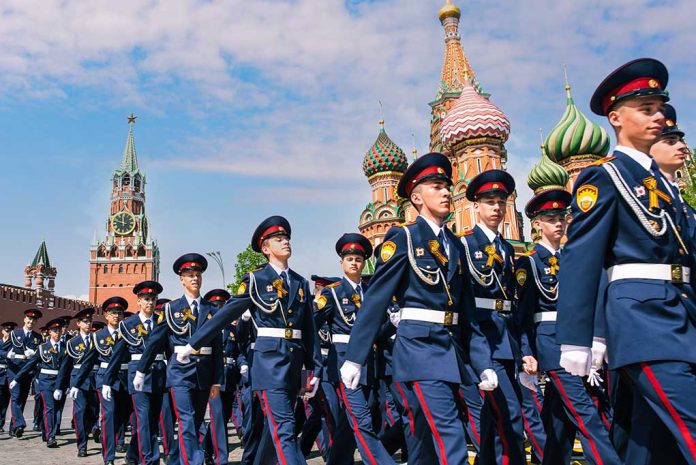 (UnitedVoice.com) – When Russian President Vladimir Putin launched the war on Ukraine, he wasn’t just hurting the neighboring nation. The former KGB agent was also signing the death warrants of many of his own service members. In fact, new reports indicate losses to the Russian military have been staggering.

MediaZona, an independent Russian news organization, reported the Russian military has lost 317 officers in the war.

At least 300 Russian officers have died in Ukraine since the start of the Russian invasion into the country, reports Mediazonahttps://t.co/7J8xLeSWlV

The 317 officer casualties is included in 1,744 total deaths since late March. That’s higher than the official Kremlin death toll of 1,351 but not nearly as high as the number of deaths international organizations have counted.

The Ukrainian Ministry of Defense keeps a running tally of the losses the Russian military has allegedly lost. They believe more than 22,000 military members have died in the war. Further, the Russian armed forces have lost over 900 tanks, 184 aircraft, 154 helicopters, 8 boats, and 1643 vehicles. UK Defence Secretary Ben Wallace estimated Putin has lost 15,000 military members.

Putin is being accused of hiding the actual number of losses from his countrymen. The reality is, nobody really knows how many people have died in the two months+ since the war began. We might not know for years — if ever.