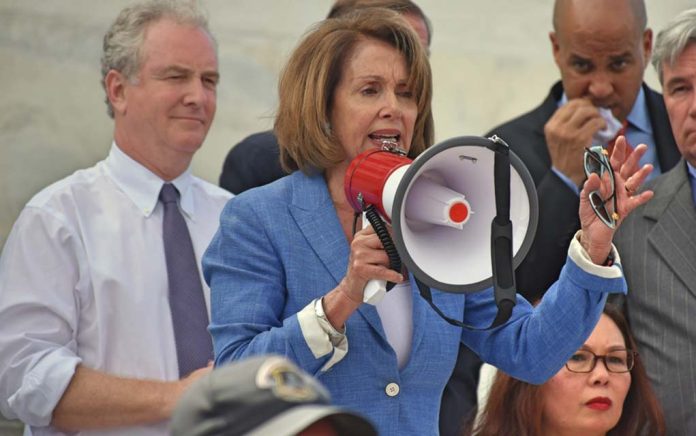 (UnitedVoice.com) – House Speaker Nancy Pelosi (D-CA) has attacked President Trump for using what she calls “fear tactics” in his campaign. Pelosi, who has a long history of whipping up fear herself, was trying to discredit Trump’s criticisms of Michigan Governor Gretchen Whitmer (D). Whitmer has been repeatedly slammed for her excessive lockdown measures, and the president urged the crowd to persuade her to reopen schools and “open up your state.”

According to Pelosi, Trump’s comments were “irresponsible” and created a “horrible situation.” The implication is that criticizing Whitmer’s lockdown rules encourages extremist groups – despite the Michigan Supreme Court ruling on October 2 that she’s unlawfully used powers that rightfully belong to the state legislature.

Trump is using “fear tactics” to rile up his base, Nancy Pelosi said.

“The president has to realize that the words of the president of the United States weigh a ton,” she told ABC.https://t.co/ZXMkdxAsgJ

Ironically, Pelosi herself doesn’t hesitate to stoke fears if she thinks there’s a political advantage in it. In May, she claimed President Trump might try to stay in power even if he loses the election. She’s suggested the president is trying to manipulate the postal system to rig mail-in voting. She hysterically accused the administration of “kidnapping” rioters in Portland, OR.